In spite of all the hurrah and New Year Resolutions for 2011, the actual year enters in quietly.   The last week of

December, 2010 is really a sleeper as the Mercury Retrograde condition experiences its final week.

During the last days of the year it is best to catch up on old projects, lists, readings etc.  Basically, cool your jets and relax.  Nothing much will be accomplished for a few weeks.

Contrary to what most people feel for a new year beginning, it really doesn’t  get into its full swing until about March, the third month.

January is mainly a recovery month from 2010.  This is the month we review our priorities and look at what we need to focus on for 2011.

Economically and physically most of us are exhausted from 2010 so January should be a reasonably quiet month.    January is the No. 1 month in a Universal 4 Year.

So the energy this year is really all about practicality, effectiveness, conservative and productive.  2011 Newsletter will be posted next week so stay tuned on more about 2011.

Get out of your head and prioritize what you want to set up for 2011 and beyond.  Remember your push out month is March so stay calm, collected and warm through the next two months.

Drones in your neighborhood? 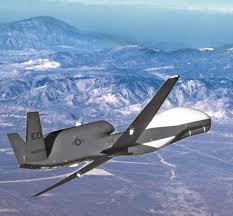 drones…. soon in OUR backyard ?

for the Miami police force.  Yes, that is correct.  The Miami-Dade police department will begin experimenting with high-tech drones as law enforcement tools in 2011.

This will be the first time they are used in law enforcement.  A new trend!  So far only the Miami-Dade police department and the Houston police department were given permission by the FAA to experiment with the drones.

Very doubtful. Most of the provisions are here to stay.  The states are too “cash-strapped” to reject the federal dollars that come with the expansion of Medicaid services.

Microlending in the United States

Yes, folks, right here in America there is a budding new funding source.  Grameen America plans to open more US branches and Kiva is targeting the Gulf  Coast.  These lending sources normally lend in poor countries.  We need all the lending help we can get.