Welcome to the American Revolution redux!  You have been born into the revisit of the period that encouraged the 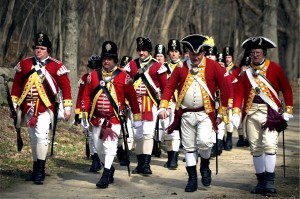 first American Revolution.  This period will require us to look at what we created 240 years ago and assess the areas that need correction and support.  Over time any program or plan needs to be assessed as to its performance and results.  The principles and intentions of this country are now being held to the light.  Have we as a nation and a people, adhered to the origins of the Declaration of Independence and its Amendments and  Bill of Rights?  Have we as a nation and a people strayed from the purpose and intentions of the founders?

Since 2008 when this period began,  our focus has been on exposure and more exposure.   Just as in the first revolution, we have provided an oppressor.  Originally it was King George and his supporters.  Today, it is the corporate/government partnership.  Just as in the early 1760’s when King George handed down rule after rule and law after law on the colonists, the corporate/government bedfellows have carved out alliances of lobbyist/politician, laws favoring corporate interests, entrenched politicians running for lifelong office in Washington–with no jobs to return to in their districts–special corporate interests writing the laws for the politicians,  deep pocketed hidden money PACS that anoint individuals for office and elite groups that seek to gerrymander districts for their own benefit.  Basically gaming the system.  Lip service is given to the Constitution by these politicians but they no longer live with the intentions or the spirit of the amendments.  They wave the Constitution as if it were a prop at the theater of the predictable.

The United States of America was founded at the beginning of the Aquarian Age–also known as the Age of Enlightenment.  We had enlightened thinkers put together a unique plan for humanity’s advancement.  It would herald a new day where the rights of the individual were encouraged.  Its declaration declared that all men were created equal and that they were endowed by their creator with certain unalienable rights–life, liberty and the pursuit of happiness.  Its amendments would declare that they be given free speech and well as a list of other directives to assist in creating a land and governance that would allow this nation to pursue its lesson of the number 5.  It would become the catalyst of change for the world and live in freedom.  Its talent would be in the art of assimilation.  First it would learn how to assimilate inside its shores and second, it would teach the world assimilation through its example.  It would clearly separate church and state so that no longer could the governance be under any religion dogma or influence.

Flash to current days and we find ourselves about half-way through this cycle.  It should be ending in 2024 and much of what we see today will begin to be reversed.  People, instead of corporate control, will begin to influence and direct the government.  In the meantime, it will be very disruptive moving forward.  We have even created a “disrupter-in-chief” as the catalyst to assist in these changes.  It will feel like you are riding a rocking horse.  Do not look for this administration to “settle” in.  There will be more changes to the cabinets, insiders and more “alternative facts”.  As we had in the first revolution, we will have protests, boycotts, investigations, lawsuits and, on occasion a riot.  Just yesterday I noticed a nationwide gathering of meetups called “Resist meetups”.  You can find one in your local area.  Watch for “propaganda” to be used to convince us that we are in danger, under great security risk, being used by others in bad trade deals and basically having our jobs stolen by illegal immigrants who rape and pillage.  Remember, there is a great difference between alternative facts and propaganda.  Propaganda is used for control and it is a dangerous, slippery slope.  Learn to recognize it.  Listen for it and question it.  It will be said over and over again.

Some everyday truths should be considered.  Our farmers both in the Midwest, Southwest and West Coast all rely on immigrant laborers.  Most of these are illegal and yet the farmers rehire the same workers year after year.  They know them and they know how important they are to getting their crops out to markets around the world.  The meat packing plants have the same situation.  Millions of people would be unemployed if we did not have these workers and farmers would lose billions of dollars of revenue.  Americans don’t want and won’t do these jobs.

Another truth is we are suppose to practice separation of state and religion yet billions of federal dollars are being encouraged through state school voucher programs that fund mainly religious schools that have little accountability and transparency.  “Voucher schools are private schools that have applied for state funding….because they are defined as ‘private’…. voucher schools operate by separate rules, with minimal public oversight or transparency.  They can sidestep basic constitutional protections such as freedom of speech…..They can suspend or expel students without legal due process….They can ignore the state’s requirements for open meetings and records……They can disregard state law prohibiting discrimination against students on grounds of sex, pregnancy, sexual orientation or marital or parental status.”  Los Angeles Times, February 12, 2017, Barbara Miner.  Voucher program schools are not charter schools.

This is just one example of special interests promoting its own agenda.  We have a controversial woman by the name of Betsy DeVos, a devout Dutch-Reformed Christian woman, dedicated to seeing that the Voucher Program is increased across the nation.  Ms. DeVos has been an enormous contributor to the Republican party and, in particular, a generous contributor to those who voted in favor or her confirmation as Secretary of Education.

On and on it goes.  It will be the people, who are now awakened out of their apathy of the last 30 years, who will push back and become the militia of old.  This revolution will not be muskets by a group of rag tag farmers hiding behind trees.  It will come from the social media, pressure at meetings, embarrassments as elected officials are called out.  It will come in the way of corporate boycotts, marches and eternal leaks from inside the Washington and corporate elites who want the people to know what is going on.  It will not be a calm time.  Revolutions are not calm.  In the beginning it will an “against” movement.  They usually start that way.  The people are against something.  That is normal.  It will run its’ course.  America will be better when it is all said and done.  It will meet its true self for the first time in 240 years.  Get involved, do your part, we have 8 years ahead and some of them are really going to be “amazing” as we press on to our higher best selves.