Americans Are Getting Angry

It has taken years for the citizens to rise up and begin the protests to the way things are being run in America. 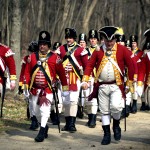 We see it, of course, in the Donald Trump phenomena but it’s also true of the millennials.  They are rising up against the inept authority where the average student debt upon graduation is $35,000 and the job market luke warm and not really interested in hiring them.  For the middle-aged white male who was let go in the contraction that began in in 2007 and in earnest in 2008 and finds little hope in well-paid positions ever again surfacing.  For the rise in drug overdose fed by fraudulent prescriptions from manufacturers who insisted that the pain-relief medication should be taken every 12 hours when they knew that was not true and that patients would get hooked by needing more during the 12 hours–especially when doctors upped the dosage.

The only thing citizens have left when they have no influence on their government leaders or corporate power is their vote and their angry protests.  Government officials should be nervous about now that this huge movement of anger in the United States has been percolating for at least 20 years.  It will not be going back in the bottle–no matter who gets elected.  In fact, it will get stronger with a larger push back.  Who thought it was ethical and okay to have workers train their foreign replacements after the workers were laid off enmasse to allow corporate profits to soar?  What happened to the workers who really never fully recovered?

What is it about 5% unemployment that implicates more Americans have jobs when they leave out the real truth that most of these jobs are in low-paying service jobs and that individuals can’t support a family or themselves on their salaries.   Of the 160,000 new jobs created in April 38,200 were healthcare/social assistance (aka Obamacare administrators), 22,000 were leisure/hospitality and 9,300 were temporary jobs.  Outplacement firm Challenger, Gray and Christmas reported that US companies announced plans to lay off 65,141 workers in April, a 35% increase from March and the highest level since 2009!  In the first four months of 2016, total layoff announcements hit 250,061—-the highest January-to-April total since 2009.

Last off all, GoBankingRates, a national website that tracks interest rates, reported that 28% of Americans have ZERO money in their savings account, 13% had less than $1,000 and 21% don’t even have a savings account. (Connecting the Dots with Tony Sagami).

This digust and anger in the elected officials and their corporate bedfellows will continue through 2023.  It will be getting stronger as more exposure takes place.  Peggy Noonan of the Wall Street Journal mentions that our choice in the fall is between a crazy person and/or a criminal.  What a way to state it!  The structures used to govern us will continue to crack and need replacement.  Our roads and bridges are a metaphor for what is going on deep within.  All of us will need to replace our wornout ideas and self-deceptions.  This journey by Pluto in Capricorn in America’s birth chart has been waiting for us for 240 years.  It’s here, it’s now and it’s unlike what we have ever seen in our lifetime.

10 responses to “Americans Are Getting Angry”