It never ceases to amaze me of the accuracy of Numerology in everyday life.  The Bible does tell 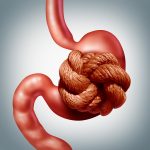 you your days are numbered but we think that it means we have so many days to live.  It actually means you are marked and coded by energy’s numbers.  The heavenly system is accurate and dependable.  Just as you were given a particular month, day and year of birth, you designated a particular body part to that number.  Each of us has an area of our body that needs our attention more than another.  A life path of the number 5 is the elimination and digestive area.  America has to pay attention to how it takes in life, processes it and then eliminates waste.

It’s no accident that Americans suffer from problems in the digestive area.   America’s life path is the number 5  (derived from its’ date of birth, July 4, 1776.)  She has so much “living” to do and so many changes that it can barely keep up with itself.  The number 5 is all about change, freedom, movement and progress.  If America has free reign, it can accomplish wonders.  If it feels bound or limited, it will lose its enthusiasm and accomplish little.  As I have said before, America is a catalyst for the world’s changes.  California, being a number 5 state is the catalyst of change for the United States.

One of the keys to understanding the United States is the day of its birth.  It is born on a 4 day which is not about change at all.  It is traditional.  It values work, order, structure and a well-ordered system of conduct.  4’s don’t take chances unless they are sure bets.  The night and day of the 4 versus the 5 can give a person both positive and negative effects.  The 4 can reign in the 5 or the 4 can stifle the 5.  Remember, the life path is your most important number and is the lesson you are attempting to learn.

Americans pride themselves in their work ethic.  They take one or two week vacations and are just thrilled to have them.  Europe takes a good chunk of a month or more for vacation.  We think that to be odd.  Notice how many of the issues of today’s life revolve around finding work, getting equal pay for work, going to workshops, getting enough hours of work, working too many hours, working out at the gym, working on the house, doing your homework, work as your identity in life, working on the relationship or just plain working it out.  The word work is one of the most commonly used words in America’s vocabulary.  Thanks to the number 4 we all just find this normal.  What we wrestle with is the need for the freedom of the 5.    We live with this split personality of wanting our individuality, freedom and progress and yet bind ourselves with the number 4 of limits and reluctance to change.

A big result of this focus on the body part of the number five is the digestive problems in America.  We have heart burn, re-flux issues, colitis, irritable bowel syndrome, spastic colon, leaky gut syndrome, gluten intolerance, constipation, diarrhea  and, of course, colon cancer.   People suffer for years with one or more of these issues.  America is literally getting its bowels in an uproar.  We can laugh about it but it is very serious and is an indication of how challenging it is to take in life without being overwhelmed, giving yourself time to process what is happening and eliminate what is not yours to own.  The more the United States tries to live in the past or return to the past, the more it will suffer.  You can see what is happening now as those is leadership try to bring back old manufacturing jobs to America.  As we watch the commercials for stomach acid, irritable bowel syndrome, constipation and other digestive and elimination issues, remember that all of us are tied to the United States’ body part.  If you live here, you take in the consciousness of this country.

Keep in mind as well that the number 5 can be very indulgent.  It is the number of mankind and represents the 5 senses.  We here in the United States tend to overeat (obesity is a chronic problem), eat on the run, eat at our desks, eat convenient foods and we indulge in drugs, sex, gambling and other addictions, including addictions to our electronic devices.  The number 5 people are fascinating to watch.  One characteristic of the 5 person/country, is that it seems to take some time for it to learn its lesson.  It repeats the same lesson over and over until it “gets it.”  You are watching America play out the same lesson of blaming the immigrants, blaming the elites, blaming the scientists and others.  We have been doing this since the Revolution.  It is interesting to note that it was the elites who put together the Revolution and the Bill of Rights.  We would like to think that it was all a bunch of farmers.  They fought and got behind the cause but it was the elites of that time period who put it together.

If you are following the news very closely, you will see the chaos of a 5 with a 4.  Donald Trump’s life path is the number 4.  He is all about work, living in the past, blames the experts, the scientists, the elites, the immigrants and needs to protect the status quo rather than encourage progress and constructive change.  His destiny is the number 5 (the sum total of his full name).  He has got to be at odds with himself.  Part of him wants lots of freedom, movement and indulgence but yet in a controlled way.  This shows ups in his repetitive trips to his same hotels.  Four’s expect loyalty and faith to be respected and can be quite stubborn.  It must guard itself against being dominant in opinions and ideas.   The body part of the number 4 is the structure of the body.  This would include bones, teeth and joints.

Last but not least, it is good to remember that America was born under the sign of Cancer and has a moon in Aquarius.  The moon is considered the “people of the country” while the sun sign is considered the leadership of the country.  With an Aquarian populace, it will only be a matter of time before the people become more important than the corporation.  We also have heavenly transits around the bend which will play themselves out in a few more years and change the face of the focus of America.  It is hard to imagine now but it will come to pass.  We are trying to process all that has happened to us since 1776.  We literally are revisiting our old Revolution.  Benjamin Franklin complained and wrote about the terror of all the Germans immigrating to the United States and putting up street signs in German.

Seven more years of process and elimination.  Watch how, when and what you eat.