America’s Olympic of the Oppressed

I was listening last week to columnist Frank Bruni.  He is a well-known and respected columnist for the New 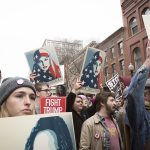 York Times.  He mentioned that the United States has become the Olympics of the Oppressed.  I never looked at it this way but I have begun to think that there is merit in this comment.  I began to think of the groups that feel oppressed in the United States.  Where do I begin?  Should we give out gold, silver and bronze medals for the Olympic prizes?

I thought I would list some here.  They are not in any specific order or ranking but I found it amazing that all these groups feel they are oppressed.  I do believe the last two years have brought them out into the light of day where we can work with their grievances.  Certainly our Circus Ringmaster President has made them a sideshow and he routinely pits one against the other or continuously insults them to keep the circus show selling tickets.

How about the women’s movement and women’s oppression.  This one has been around for thousands of years but is gaining in power and is quite threatening to the status quo of male power.

How about the LGBQT movement?  We keep struggling to have equal rights for the LGBQT community but still states refuse to recognize them and it shows up in rental evictions when the landlords find out that a gay or lesbian couple has moved in.  How about the possibility of being kicked out of the military because of being transgender?

How about Black Lives Matter movement?  This one is older than the country.  First there was slavery, then Jim Crow, then segregation, now it’s incarceration, poverty and blame.

How about white marginalized older men?  This one hasn’t been around as long but it is still a group that feels oppressed.

How about Muslims?  We’re still fearful of them putting us all under sharia law.  Besides, the women wear those head scarfs and we say that Muslims are the group that brings us terrorists.

How about college students?  They feel oppressed in not being able to direct who can and cannot speak on their campus.  They want more from the administrators and they’ll protest and riot if they don’t get it.

How about the Alt-Right?  They feel oppressed because they feel they should be able to form a white, European race country.

How about the immigrant?  Namely, the Latino population who lives in fear that they will be randomly picked up and deported.

How about the white Evangelical Christian who believes the United States should be led by the Bible and feels that the Christian religion  should rule the government of this land?

Here’s a really oppressed group, the corporate titans or the 1%.  They feel the taxes are too high, the regulations too many and that they are not put on this earth to provide welfare donations.

I am sure I have left a few groups out.  Perhaps we could add the Veterans.  They protest against poor health care services.

It seems the United States has turned into a country of angry protesters.  We have created a ringmaster, carnival barker who loves the scene and wants more of it.  We have allowed the bull to enter the china shop and smash all the dishes.  Who will rebuild the country when all the dishes are broken?

I would imagine this will continue for a few more years until 2019 when the nation is very weary of its leadership.  In the meantime, we can expect more protests, more pardons, more disrespect for good governance and more excuses.  It seems humans react with ice to the truth and with fire to the falsehoods.

Congress can’t act because it won’t act.  The Republican party has turned into a coalition party and can get very little done.  The democrats are still ill prepared and are still in the deer-in-the-headlight pose.  The Ringmaster has the microphone and waving hands.  Get that man a cigar and an elephant.  On second thought, protect the elephant.  Give him a donkey!

11 responses to “America’s Olympic of the Oppressed”