Even though we may think that the United States is a strong religious nation, there are clues that this has been changing.  One 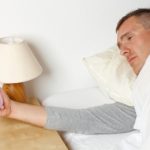 of the most obvious clues is the lack of the Gideon Bible in hotel rooms.  Just 10 years ago 95% of hotel rooms had the Gideon Bible tucked away in the drawer.  Today fewer than 50% of hotel rooms provide a copy.  This number is dwindling as the United States changes its focus on becoming more secular.  Although 90% of Americans still believe in God, the number is growing for those who state they are not religious and would classify themselves as unaffiliated.   (The idea of placing a Bible in the hotel room actually started back in 1899 by two Christian men.  Since then 1.8 billion Bibles have been placed in hotel rooms in 190 countries.)  We now have TV, the internet, phones, apps and books (both ebooks and print).  Our only choice on a dark lonely  night is not just the Bible.

Certainly the 80 million millennials don’t really care that much about religion.  They are not offended by it nor do they have any hostility towards it.  Their attitude is “whatever”.   The millennials response to the Bible in the hotel room is more curiosity such as “what is it doing here?’  Their thinking is that religion doesn’t mean anything to us.

As this group moves forward, they will be bringing this value with them and changing the face of our society and its’ religious beliefs.  Certainly with the Age of Aquarius upon us and with the emphasis on scientific data and scientific thinking, we will begin to see the narratives of religions fade.  Again, this is not immediate, nor will it be completed  in our lifetime but we will see the heavy mind control and dogma of religion have less affect on society.   It is already playing out.  Religions and their followers have provided a community for humans to share experiences–both negative and positive.  As we move into the Aquarian Age, communities will continue to be created but they will be less and less tied to religions.

Hotels themselves are changing to accommodate the millennials.  Most new hotels that cater to millennials are very high-tech with clean tech bedrooms and comfy couch lobbies where they can congregate.  The Marriott chain has 30 different types of hotels including the new hotels that cater to this demographic.  This too shows the diversity of our society.  Baby boomers still want the fluffy room with comfy beds and room service.  Millennials want the shared experience in the lobby, the pictures of their room on snap-chat, blogging rights and cool experience of the hotel.  Baby boomers go to the mainstream hotels for their “loyalty programs and rewards”…especially those on corporate accounts.  Also, as America continues to diversify, many corporations are concerned that placing a Bible in a hotel room could be offensive to some of its workers and clients.

The Aquarian Age is sweeping away the emotional and religious trappings of the Piscean Age.  The rapid decline of Gideon Bibles in hotel rooms is an outward sign of this Age in motion.  More is coming.