Changing Your Name–Does it really change your destiny?

Over the years many people have asked me about changing their birth names.  Some of them just don’t like their names 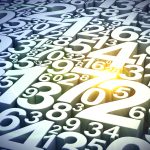 and others believe that they can change their destiny by changing their names.  Married women take on their husband’s last name and others hyphenate their own last name to the husband’s last name.  It can get very convoluted as people try to figure out what is the best direction to go to help themselves overcome either their bad luck or a need to take on a fresh identity.  It is quite common to have people tell me they have spoken to some psychic or other numerologist who told them that all they have to do is add or subtract a letter to their name and voila, things will begin to improve in their lives.  If only it were that easy.

First of all, it certainly is okay for you to change your name–as long as you have an intuitive sense that this name “feels” right to you.  You can have many different names and some people do.  Many people when they came from “the old country” had their names misspelled by customs officials and from that day forward they were legally someone else.  Secondly, you can not lose your original blueprint in your birth name.  You can hate it, never use it but it still sits there playing itself out in your life.  If you are missing certain letters (represented by numbers such as A is a number one and B is a number 2 etc.) you still carry the karmic lessons indicated by those missing numbers.  Your birth name is NOT created here on earth.  It is created BEFORE birth and impressed upon your parents’ subconscious to give to you at birth.  Sometimes it is not the parents who do this but a caretaker or even a group of people in the village.  It comes through the subconscious.  You actually named yourself.

The original full name tells you your destiny.  If you have been adopted and had your name changed by the adopting parents, you are running on dual tracks–the original registered and the changed registered name.  If the second name was never registered, it weakens it even more.  When doing a session with adoptees, I sometimes must look at two different names to point out to the person perhaps two distinct personality traits and two distinct destinies.  The trick is to be able to blend the two.

The last name is considered the inheritance of the person.  It is always important to look at the tracing of the family history.  You may have to go back several generations to see the pattern that is affecting your life.  For example, the Irish had centuries (around 800 years) of colonization by the British.  There was much starvation and the extreme example of the potato famine in the mid 1800’s brought a huge population of Irish to America.  The common thread of this ancestry is depression, alcohol addiction, diabetes and a toughness that can withstand hardship.  Chicago has been known to be a bastion of the Irish.  At least is was until about 30 years ago.  Chicago has also been known as a heavy drinking town and has the highest number of pubs per capital than any other major city in the United States.  For females who carry this last name of the ancestry, it can represent a long history of strong, lonely women who had to withstand births and deaths of many of their children and an early death of their husbands.  The letter “O” carried in the last name also can give the person the inheritance of diabetes or issues with sugar.

Moving right along, it is important to know that your destiny was chosen by you before birth and you can choose to fulfill it or not fulfill it.  It doesn’t leave, however.  It just sits waiting for you to activate it.  Most people haven’t a clue about their names.  They have no idea all the information sitting in plain sight.  Your talents, your challenges, your personality, your motivation, your issues and your timing are all there to help you.  You can run away from it but you can’t hide.  It just goes with you.  It wasn’t intended for you to love it or hate it.  It was intended to fulfill your reasons to reincarnate here.  Call yourself anything you like, change your name as many times as you like but remember, wherever you go, there you are.

Tagged: Changing your birth name, Your destiny is in your original name
9 Comments

9 responses to “Changing Your Name–Does it really change your destiny?”