As you are aware, the Federal Reserve has continued to let the dollar sink and hopefully improve the 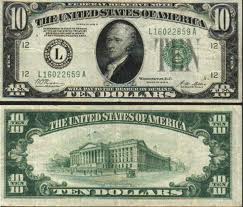 export business for the United States.  Time will tell whether or not this policy is wise.

On the face of it, it has some dangerous consequences for us all.  Since the US currency is the dollar, Americans will most likely pay a higher price for many of their necessities–  that includes basic food goods.  The commodities (grains) have already risen.

As we settle into the winter, I would suggest taking on the traits of the squirrel.  Squirrel things away.

Simplify everything and sell what you do not need while people are still buying.

One of the things we do not need is the extra weight (fat) we have put on due to convenience eating, lack of time, discipline, and wrong-headed-thinking.

As we move forward into some very serious years ahead (they are just starting to get really serious), you will need a healthier body to survive and function.  Do it now.  Get rid of the junk food out of your diet.

You may be moving, changing job, have long commutes, have a severe cut in pay, losing your job or having your business hanging on by a hair.  You will need a healthy, lean body to handle the stress.  I urge you to pay attention to your health now.

Do not be lulled into complacency by what you read in the headlines.  Do not be swayed by political promises that are nothing more than vote-getting, vote-keeping soundbites.  Do not believe the statistics.

We now have an unemployment rate in Los Angeles of 12.6% and that does not include those who stopped looking for work or the independent contractors who never had a job but whose businesses have little business. 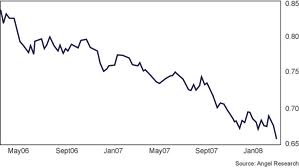 The 12.6% does include parttime workers who had to take a huge reduction in pay to have something coming in the door.  In reality, the unemployment rate is closer to 17% and in the inner city 20%.

Cater to the aging baby boomers and the aging population in general.  There are businesses that will thrive in this field–be it service or product.

In numerology 2011 is a No. 4 Universal Year.  It will definitely be a year to roll up your sleeves and work.  The whole world will be put in a box to get stronger.

That means contraction rather than expansion.  Be disciplined, be consistent, be lean.