I’ll be so glad when this election season is over and we can stop the poll numbers and ads and crazy rants and she said, he said and lots of gotcha moments.  This almost takes us back to the original elections when our founding fathers basically threw anything they could at each other.

No matter the outcome of this election, the Piscean Age is ending. We are seeing many examples of its death rattle.     This election is showing you the past and the bridge to the future.    If you can, try to see this as a transition time as we leave an old way of thinking, living and believing behind.  The old Piscean Age served its’ purpose in creating a collective.  The biggest tool to do that was “fear”.  We move forward into the new Age of Aquarius filled with fear and learning how to release it and let it not control our lives any more. 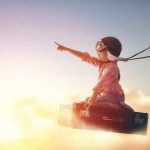 The Piscean Age was also male dominated.  Kings, Popes, all authority figures were male.  Women were to submit, be hidden and valued only for their ability to create offspring.  Women were veiled and covered long before the Piscean Age but it became even more pronounced.   Religion was one of the biggest fear-teaching tools.  All major religions that we practice today came from this Piscean Age.  This is includes Christianity and its various branches, the creation of Rabbi’s for a new Rabbinical order, Islam and Buddhism.  As we exit this Piscean Age, more press is exposing the dysfunctions of many of these religions.  The covering of the female is still making news.  The burkini moments and the arguments for wearing the “veil” are basically a throw back to covering up the female so she becomes less “visible”.  It has nothing to do with modesty, although it is now being used as a reason to cover.

Donald Trump is the last candidate of a dying breed of candidates who are part of the old male dominated authority.  Within 10 years, you will not see another candidate like him being nominated and/or winning.   Our consciousness as a culture is changing.  America will have to make the change to move forward into this new era of compromise, inclusion and accepting of the rights of the female.  We have entered into a 1,000 year cycle of the powerful number two.  From 2,000 to 2,999, female energy and power is unleashed.   You could say that women are emerging from their prisons of the Piscean Age.

We are changing to rational thinking and respect for the rights of the individual.  We need to open ourselves up to change and to understand what we are changing from.  When we know what the changes are, we can adjust our lives to the new vibrations so that we can be more successful.  It is a darkness before the dawn.  It is a cleansing.

We cannot sit in fear any more.  Rational thinking is required now.  Ranting, “Lock her up” won’t work.  We have been locking up women for so very long.  It will appeal to the irrational thinkers but those who look towards the future know that things are changing and the boat has left the harbor.  The United States can decide to go backward with this election but it will pay a dear price if it does.  No matter how imperfect the current female candidate, she is the bridge of the masculine old age and the feminine new age coming into view across the horizon.  A very feminine woman would never make it through the gauntlet of slings and arrows right now.  We are not ready for that.  We complain that she is too secretive, untrustworthy, too shrill, too manipulative, too weak, too rich, lying, guarded, greedy, she should have left her husband, she brainwashed Bill, she did whatever.  It won’t stop because she represents the transition.  People still see the male as the protector-in-chief, the father figure and somewhat of the “savior” syndrome.  The cracks are all around though.  Pay attention to the cracks breaking apart the old order.

I find it interesting that one of the biggest proponent of the old dying age,  Phyllis Schlafly,  actually died yesterday at 92.  Phyllis worked hard to defeat the Equal Rights Amendment and fought to keep women at home or with limited lives.  Another example is Libelle Polaki, a 28 year old New Yorker and excommunicated member of the Satmar Hasidic sect (an ultra-orthodox Jewish sect).  It seems Libelle wanted to get an education.  Having suffered through an arranged marriage, she was forced to pay $18,000 to get divorced.  Only 6% of Hasidic women hold bachelor’s degrees while men hold 11%.  The religious order prohibits outside education.  At 26 she got her high school diploma.  “A letter from the United Talmudical Academy, the governing body for a consortium of schools, meant for girls entering the 12th grade and their parents, stated that they shouldn’t, God forbid, take a degree which is according to our sages, dangerous and damaging”  You can read more of this story at the the New York Times, August 4, 2016, “Stifling Higher Learning Among Women”.

None of us will get exactly what we want with this election.  Choosing not to weigh in and vote is foolish.  It is time for us to grow up and realize that we will have to compromise to work within the the new dawn and the old setting sun.  I choose the future.  We are in it now.

Tagged: Donald Trump candidate for the past, Dying Piscean Age, Rise of Women, The power of the number 2
22 Comments