Economic Betrayal of the Millennial Generation

Sometimes it helps to read articles written outside the United States.  It helps to get a new perspective or reinforce 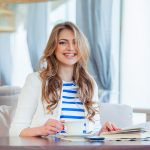 Coffee, phone and a millennial

an old one.  I refer to the March 7th article written by the Guardian newspaper in London.  It speaks to the inequality between the generations in the developed world.  In their article they compare the seven major economies of North America and Europe.  Their numbers support the reasons why those born between 1980 and 1995, all 75 million of them, are having such a difficult time after graduating from college with high student loan debt and a growth in income that has lagged dramatically behind national averages for the past 30 years.

In the United States and Italy, disposable income for millennials are barely above what it was 30 years ago.  They came of age during the Great Recession loaded with this student debt, high housing costs, low income growth and lack of job prospects.  The Guardian found that US, France, Germany, Italy and Canada have average disposable income for people in their 20’s more than 20% below national averages.

On top of this statistic, in the UK those under 30 are now poorer than retired people.  In the UK retiree disposable income has grown three times faster than the income of young people.  In the US, in the midst of the downturn in 2013, those under 30 had less income than those aged 65-79.  This is the first time this has happened since data was collected specific to this sector of growth.

All of this has great implications for the rest of us.  Millennials are being pushed out of the housing market, birthrates will remain low as family formation is delayed, inter-generational inequality can fuel greater inequality in society because children born of wealthy parents will own an unfair advantage in early years of adulthood.  This can skew politics, finance and more.  (Paul Johnson, director of the Instituted of Fiscal Studies).  The Guardian goes on to say that millennials they interviewed felt that their generation was facing far greater hurdles to “establish themselves as independent adults than previous generations did”.

Contrary to what you might have read of millennials being the group that were “the most indulged young people in the history of the world” by The New Yorker magazine, millennials are not delaying adulthood due to being indulged.  Instead, they are delaying adulthood due to being paid less than their parents were paid at the same age and the rise in costs of basic necessities of life, particularly housing costs.

You can read the entire article on how debt, housing prices and wage erosion has stopped millennials from being able to benefit from western wealth.  The Guardian “Revealed: the 30-year economic betrayal dragging down Generation Y’s income”,by Caelainn Barr and Shiv Malik, March 7, 2016.  http://www.theguardian.com/world/2016/mar/07/revealed-30-year-economic-betrayal-dragging-down-generation-y-income