Supposedly, or so I hear from the various reports, the economy is doing well, unemployment is record low, 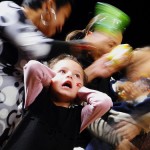 jobs are out there longing for applicants, wages are supposedly rising and there is peace in the kingdom (I made up the last one).  Why then, does there seem to be so much uncertainty and anxiety in the general population?  We should be sitting on top of the world looking at our rising savings accounts and having various job opportunities to pick and choose.  Instead, there is chaos and uncertainty as shown by the stock markets’ gyration and the general population’s waiting for another shoe to drop.

There is a new “economic policy uncertainty index”.  The index measured 140.2 during Mr. Trump’s first 13 months in office, compared with 126.0 during the comparable period of Mr. Obama’s tenure and 134 during his two terms in office.  The index averaged 100 from the years between 1985 and 2000.  Considering that Mr. Trump had very favorable conditions going into office compared to Obama presidency where extreme policy action was needed, he should be experiencing lower uncertainty numbers not higher ones.  Probably, the big policy changes in Washington–such as the aggressive new stand on trade and partly because of the chaotic decision making process of Mr. Trump is keeping uncertainty and chaos alive.

Just yesterday Mr. Trump was talking about having the military on the border by last night.  Small detail to this story is that the President cannot call up the military for problems inside the nation.  That is called a dictatorship and is outlawed by the Posse Comitatus Act of 1878.  You can only use the military for insurrection or rebellion within the country.  You can, however, connect with the governors of the states lining the border and ask them to call out their National Guard for assistance.  Again, chaos reigns as Mr. Trump learns after he tells the story.   Besides, the National Guard cannot arrest anyone but can only do surveillance or what might be called watchful waiting.  The governors will want to know who pays for the guard (you the taxpayer), how long will they be needed and what qualifies as success so that the duty can end.

The actual fact is that Mr. Trump did not get the money in the recent budget to pay for his wall.  This is his “strike” on the system.  He will want to keep the National Guard at the border as long as possible to demonstrate to his base that he is delivering what he said he would deliver.

The facts tell another story.  Migration is at it lowest point since 1971.  Besides, a border wall will not keep out the drugs.  There are several cartels and an army unto themselves with deep connections in the United States.  The immigrant brigade traveling to the United States for asylum is nothing new.  This time, however, they drew more attention to themselves by grouping together and total panic set in.  The facts also tell that foods are rotting in the field due to lack of workers to pick the crops.  This is true across the US where we are beginning to suffer from a lack of immigrant workers.  Summer hotel vacation spots are not getting the temporary worker visas for the needed summer help.

Regarding the economy, what the hoopla is not saying is that the tax cuts Congress passed in December, combined with subsequent spending bills, are driving up the federal budget deficit faster than most expected.  That’s forcing the US Treasury to sell more bonds, which puts even more upward pressure on bond yields while the Federal Reserve is already raising interest rates.  You can expect stock dividends to not look as attractive once Bond yields continue to climb. If you choose stocks now, you may have to accept lower income in exchange for higher principal risk.  Not such a good deal and lots of anxiety in that one.  The stock market could fall just on reduced buying interest alone.  There is some uncertainty for you.

As I have said in previous posts, the big moves in the heavens are setting up the right atmosphere for a cultural correction.  The first tool of change lands here in May when Uranus moves into Taurus, money, banking, shifts in currency and blockchain.  Welcome to a new world of money and how it will move through society.  It will be a 7 year learning lesson.  Cryptocurrencies will be in play.

The second tool of change lands next summer when America has experienced many unintended consequences from the tax cuts and budget changes plus more transformative experiences due to the big Pluto (Lord of the underworld) as America visits the healing energy of the original American Revolution.  She is also addressing the unfinished business from the Civil War.  What a time.  It will pass and the outhouse will be cleaned up but we still have lots of time to these transits and they will not shake us loose until we make the changes to heal ourselves and our country.  Remember America is a Republic, not a democracy.

Be aware that fake news is nothing new to the Republic.  We used to call it lies.  What is different today is the marketing aspect of the lies.  There is a level of precision to the marketing and identifying the particular segment that will buy the lie.  Marketing can now turn a candidate into a commodity and craft the persona.  What we have lost is authenticity and the quality of leadership and moral authority over issues.  Messages can be inflamed so they can get an even larger response.  Factions can be isolated from each other and the sense of absolute righteousness along with demonization of others has grown to a level never seen before.  Anyone with a small budget can create a new and embittered faction while sitting in their own living room.  Read more on fake news by George Friedman.

Facts do change over time.  For example we used to think the earth was flat or that the sun went around the earth.  Over time we learn to change the fact as we gained more knowledge.  Stories, however, are what people want to hear.  The more embellished the better.

Be discerning in knowing the difference between what you are hearing as story telling and the facts.

12 responses to “Facts Tell, Stories Sell–Living with Chaos and Uncertainty”