Getting the House in Order 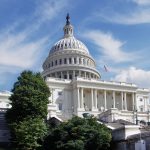 move.  It can mean a physical house or a mental/emotional house.  We work better and smarter when our house is in order.  This can also be applied to the Big House (not prison) but the House of Representatives.  As America continues to travel through a “death and transformation period” with Pluto in Capricorn and Saturn in Capricorn, she has to work on getting her own House in order.  This is not what I call a fun time or a funny time.  It is a serious time and a time for a reality check.  You can expect this getting- your-house-in-order period to continue in earnest for the next two years.  With the recent election we can see definitely a different direction and focus going forward.  Hopefully, for the better.

However, deep beneath all the glad handling and bravos, the same old system remains in play.  In some ways we should be paying much more attention to the House and Senate than even the presidency.  Most of what our current president does, besides tweeting a great deal, is sign executive orders.  All of these can be overturned and/or wiped out by the next President.  Laws not passed or passed by Congress can last through many different presidencies.  Some have been on the books for 100 years or more.  Some laws that should be passed are held off the floor at voting time and suffer an early death.  What citizens do not realize is Congress is responsible for passage of all laws, allocation of revenue and the passing of the budget every year.  It is supposedly Congress alone that can send a nation to war and approve important presidential appointments to office, such as the Supreme Court.  Yes, presidents get all the attention, but they are distraction from the big problem in US government.

Here is where the US troubles lie.  Some people when they go to vote, vote a straight ticket, they barely pay attention to who their Congress person or Senator is.  What people do not understand are the practices that open up both bodies to corruption.  Much of this corruption goes on behind the scenes.  Here are a few practices:  IPO’s  (initial public offerings of stocks), land parcel payoffs, foreign campaign contributions (another name for bribes), corporate donations to campaigns, the revolving door into high-paying corporate jobs after leaving office, insider trading information and many more.  These things are all legal and too tough to prosecute.  A veil of secrecy hangs over Congress.  Law enforcement is not aware of information that would lead to conviction of members or, another way to say it, is information  is withheld until it is too late to do anything about it.  On top of that, there are no term limits for Congress.  A member, once elected, can stay in office for life if they can manage to continue to be re-elected.  There are even a few members of Congress who were in office for almost 60 years.

Remember too, it is Congress who approves appointees to the court.  Courts can overturn laws that give advantage to Congress but the power to approve appointees creates a vicious temptation for corruption.  Remember, too, that many new members of Congress enter usually from a middle class background but when they leave, they are financially quite well off and usually headed to a plum corporate position, i.e. lobby, consulting etc. and the ability to influence current members of committees.  Image the perks, including plum health care, retirement and the veil of secrecy.

Americans have given Congress an extremely low approval rating.  17% of so, depending on the day.  Yet, we do nothing here to take a look at what can be done to police both Houses and have them answer to the public instead of special interests.  Corporate interest at the time holds more power than the individual.  The only way this will or can be changed is through the people.  Women’s March, Me Too Movement, Black Lives Matter, Identity Politics etc. get the sound bites for social media and the news.  The quiet members of Congress, the secret bodies, continue on their way doing the same practices.  There is no outcry about it.  No marching, no movement hashtags, no ads promoting sunshine on Congress now.  Until we focus more on Congress, you can expect the same old behavior.  Lots of self-righteousness, representation of special interests and the continuous need to raise funds to get re-elected.

Anybody want to start a “light on Congress” movement?  It is time to get our houses in order.  Literally and figuratively.  You can pay attention to Trump as he steals the oxygen out of the room but he is a distraction.  The puppet master is Congress.

Tagged: Cleaning up Congress, Corruption in the House and Senate
5 Comments

5 responses to “Getting the House in Order”