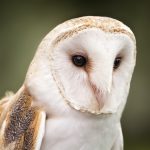 government, the religious houses, the sports teams, the financial world and other segments of our society.  Some are good, some are decent and some are downright awful in leading.  Based on the image they present, one might call them successful.  They control, they are financially successful and they appear to be smart.  Some even outsmart themselves.  Herein lies the question.  Are any of them great?  What is involved in greatness?  How do we separate greatness from successful.  Certainly we have many successful people in our midst.  Here in the United States we generally judge a person’s success by their bank account and their appearance of money.  I took out my lantern and started looking at greatness.  I came to the conclusion the last great leader in the United States was probably Abraham Lincoln.  He wasn’t just smart, he was wise.  He was tapped in spiritually and was somewhat of a seer.  He could control, be decisive and yet, never lost his humanity or his humility.  Where is that greatness today?

I read Wallace Wattles excellent book “The Wisdom of Wallace  Wattles” many years ago.   Many people have used his information and written many books, including “The Secret”.  They have created self-help groups based on Wallace’s teachings, they feature prosperity in particular (very American) but miss his section on “The Science of Being Great”.  I suggest you get Wallace’s book and read the second section on greatness.  Most people focus on the section called “The Science of Getting Rich” but I like to look at greatness.  It seems such a rare commodity.  Here are a few of his comments about greatness.

Great people are always greater than their deeds.

You can never become a great man or woman until you have overcome anxiety, worry and fear.  It is impossible for an anxious person, a worried one, or a fearful one to perceive truth; all things are distorted and thrown out of their proper relations by such mental states, and those who are in them cannot read the thoughts of God.

Cast out pride and vanity; have no thought of trying to rule over others or of outdoing them.

The distinguishing characteristic of all really great men and women is an unwavering faith.  We see this in Lincoln during the dark days of the war.

The person who has no faith in principle will always be a small person.  You must learn to see the world as being produced by evolution, as something that is evolving and becoming, not a finished work.

You cannot be ruled from below if you are to be great; you must rule from above.

Remember that poise and power are inseparably associated.  The calm and balanced mind is the strong and great mind; the hurried and agitated mind is the weak one.

Thinking, not mere knowledge or information, makes personality.  Thinking is growth: you cannot think without growing.

You are truly a great soul when you can live with those who do things that you do not do, and yet refrain from either criticism or interference (particularly true with family members).

The average person’s idea of a great person, rather than of one who serves, is one who succeeds in getting himself served.  The possession of dollars gives a man power over other men.  It develops able men, cunning men, resourceful men, but NOT great men.

Lincoln was a great man because he know how to be a great servant.”

I think you get the picture.  I don’t see any great leaders out there today.  I think Nelson Mandella, perhaps Martin Luther King was great but where is our modern day greatness?  Wallace goes on to say that leaders reflect their society.  It makes me wonder how far or not we have come.  We cannot act in the past and we cannot act in the future as it not yet here.  If we act in the present time with our minds on the future, our present action will be with a divided mind and will not be effective.  He goes on to say that you can act upon the environment in which you are now as to cause yourself to be transferred to a better environment.  Act now, holding on to the vision of what you want.

Here’s to people making society rise with a better heart and a more hopeful spirit.  Look upon civilization as a good thing that is becoming better.  “It is all perfect, though incomplete.”  Just don’t mistake success for greatness.

“Some people study all their lives, and at their death they have learned everything except to think.”  Domergue.