Letting Go in a Number 9 Year

Woody Allen has been quoted as saying “I don’t might dying, I just don’t want to be there when it happens.“ 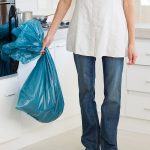 When we all set out in the number 9 universal year back in January (2016– 2+0+1+6= 9), we just thought it would be business as usual and we would ignore what a number 9 year means.  To cut to the chase, it means endings, completion, letting go and finish.  It should not come as any surprise that we are watching the death spiral of many structures that we have either depended on or leaned on.  It won’t happen over night, but it’s on its way to the side of the road.

The most obvious ending is the breakdown of the Republican party.  It will never be the same and if it survives, it will have to change dramatically.  It’s been coming for many years but it took Donald Trump to light the fuse.  It stays strong in States’ leadership but gradually, laws passed in ultra-conservative states legislature will come under the boycott by businesses and bad press in general.  Not to mention being disemboweled by the Federal Judicial system.  The Democratic party also will be changing but not as radically as the Republican.  Both parties and their elected representatives are being put in the spotlight of sunshine.  Exposures continue to rise to the top and citizens are fed up with poor representation and lawmakers who basically put their own interests and the interests of lobbying groups front and center.  We even came out with a movie called “Spotlight”.  (The creative world is the precursor of things to come.)

It will take another eight years to get this sorted out and it won’t be pretty.  We are watching the banking system, the health system and the education system all in deep change.  The old ways just don’t have sustaining power.  Students taking on an average of $35,000 worth of debt upon graduation from college is unacceptable.  The economy is sluggish and wages remain depressed for the majority of Americans.  It has gotten so bad that companies are starting to offer to pay off some of a recent graduate’s debt as a sign-on bonus for new hires.

It is wise to keep a sense of perspective over the next eight years.  This destructive/creative period is an important process to help bring America back to what was her true purpose in being created.  We have never revisited it as we are now.  Even the TV show “Turn” on AMC is an out-picturing of what we are going through 240 years later.  The series takes us back to the time of the American Revolution and the spies and drama of that birthing period.  We are also rehashing the Civil War and the polarization of American citizens.  The time leading up to the Civil War is very similar to the period we are now experiencing.

Thank goodness for the number 9.  It helps us stop doing things to ourselves that are downright foolhardy.  We need to keep finishing and putting to bed old patterns that don’t serve us.  America needs to let go of what no longer works, mainly hanging on to old patterns that have outworn their usefulness and do not fit her true plan.  It may take awhile but it will be done.  In our own lives, we need to stay engaged in the process, have personal goals and realistic dreams that we are willing to put our efforts towards.  There is nothing that can stop an idea whose time as come.

Tagged: 2016 in Numerology, 8 more years of endings, Republican party ending as we know it
3 Comments

3 responses to “Letting Go in a Number 9 Year”