October–the 10th month of the year 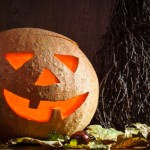 We wind the year down now.  As I mentioned in January, the first 9 months of the year are your seed and growth months.  The work is almost done now for 2015.  We wrap up loose ends in October and see the year out in November and December.  We are also ending the No. 8 Universal Year for the planet.  I encourage you to make any final power plays now.  Try to complete business arrangements, secure the new job, ask for the loan, seek the bigger picture and recognize your personal power.  We had eclipses and Mercury retrograde conditions for the early part of October.  I encourage you to use the second half of the month with deliberate energy clarity and focus. Go after what you said you wanted or wanted to attain. Make your plans for 2016(a 9 Universal Year).  (More on the 9 year in January)

What are the objectives of the Aquarian Age?

Answer: “One objective is universality: another is vision–the vision of idealism, creativity, revelation, and insight–from the depth of someone’s real self beyond personality.  The danger is that people will be too idealistic: they might not practice what they idealize.  This is also true for the astrological Aquarians.  They are filled with ideals, but they do not work earnestly in every part of themselves to bring about the ideal.  They are apt to feel that a needed growth step is coming, but that is as far as they go.”

Are most marriages karmic?

Answer: “Yes, most marriages are karmic.  There are Soul marriages and karmic marriages.  Karmic marriages help one to learn understanding of different types of individuals.  …..If they fail to respect each other’s higher self under all circumstances, then they do indeed have problems, and their lives are not really happy. In Soul marriages the partners are so nearly attuned to the highest in each other that they maintain the higher relationship in all situations. They always have a feeling of being together in spirit even though they may be separated physically. Each one’s strength compliments the other’s.” Flower Newhouse, “Here are your Answers”

Looking from the top of the overpass over the 405 freeway, I see the future of the rise in middle aged women in power positions throughout the land.  She may be coming in only one or two cars just now in 2015 but wait and see her peers coming behind her.  We are going to see a sea change in America from 2024 onward. Right now the focus is still on the old guard of mainly white older males and the young Turks of the high tech and gaming worlds.

The interesting thing about trends is they are barely recognizable when they are in formation stage.  Just as the coffee craze or the social networking craze was barely a blip, it seemed to explode once it had reached critical mass.  There is a Starbucks almost everywhere as is social networking.  Hardly anyone remembers when you got your coffee at Dunkin Donuts or your neighborhood diner–or, my gosh, at home in the old-fashioned coffee pot.  We wanted the experience of sophistication but at an attractive price–voila coffee bars, custom cups of coffee etc. What’s usual and customary is the lack of female nominees for speaker of the House.

With only 19% of our House of Representatives being women, female chances may be slim but the whisper of a female being Speaker in the Republican House is almost deafening in its silence.  It is easy to believe that nothing will change.  Don’t kid yourself, it is happening right before your eyes.  Women are restless, fed up but determined.  What’s more important, citizens are restless, fed up and determined. They are tired of the status quo and want to throw out the old guard.

Gradually, over the next 7 1/2 years, you will see middle-aged women (not young women) who have raised their children and may now have grandchildren coming into the management and power positions of both corporations and government.  It’s one here and one there and another over there.  We will see more articles about the need for women in board rooms and proven results for corporations’ successes when women sit on corporate boards.  They are presenting statistics  that there is more consensus and compromise when women sit in government power positions.

The key right now is to become more visible.  Women will and should let themselves be comfortable with more visibility.  Just as females are pushing for more directing roles in Hollywood, they will push for bigger roles in running the culture. It is a trend that can’t be stopped.  Time is approaching for big changes in the leadership positions.  Middle-aged women will reign strongly and change the face of our culture from 2024 through 2044.   She is backstage preparing right now.  She may be only 35 now but she will be middle-aged within 15 years.  It is exciting for the world and for the United States who is the catalyst for this enormous change.

Corporations will stay in bed with government for several more years.  You will begin to see some breakdown of this corporate/government love affair in about 6 years.  Things will definitely start changing in 2023

None of the candidates now running for office will make the changes necessary to bring much progress.  The election to pay attention to is 2020 and 2024–especially 2024.  Candidates should be preparing themselves now if they want to run in 8 years.

We have over-produced for years now and consumers can’t “consume” that much.  Between over consumption, technology and overseas labor, the employment world needs less unskilled workers.  Skilled workers need to be preparing now or be left out completely of the job market.  Citizens should plan on improving their skills every year.  Be in constant upgrading.  The next government will have to deal with workers who are in a “pay recession”.  Wages are way behind.

You don’t have to drink 8 glasses of water a day.  The New York Times article of August 24, 2015 writes that it is a myth and not true.  Many people believe they myth came from a 1945 Food and Nutrition Board recommendation that people needed 2 quarts of water.  They ignored the sentence that followed closely behind the recommendation “most of this quantity is contained in prepared foods.”  Water is present in fruits and vegetables, juice and beer–even tea and coffee.  The myth that coffee will dehydrate you is another blunder.  Research shows that this is not true as well.

Nanotech cleans up blood clots!  Digital Journal–August 8th, 2015.  Scientists is Melbourne Australia have developed a nanotech solution, polymer capsules able to be used by paramedics in the location where someone who has suffered from a heart attack or stroke has been found.  No specialist equipment is need to deliver the treatment.  The outer shell of the nanoparticle is equipped with an antibody that is designed to target activated platelets.  It literally unravels the blood clot.

Google Could Rig the 2016 election.  (Politico–August , 2015)Google’s search algorithm can easily shift the voting preferences of undecided voters by 20% or more–up to 80% in some demographic groups–with virtually no one knowing they are being manipulated, according to experiments conducted recently.  Google has the power, right now, to flip upwards of 25% of national elections worldwide.  In the United States, half of our elections have been won by margins under 7.6%.

Gov. Jerry Brown of California has signed into law the right to physician-assisted death for terminally ill patients who have less than 6 months to live.  Certain criteria  must be met.

Gov. Jerry Brown has also signed into law equal pay for females with similar but not same jobs as their male counterparts. Remember California sets the tone for much of our state and federal legislation.

Let no excuse, no matter how logical it seems,be more important than proving to yourself,that you can bring an idea through to complete manifestation