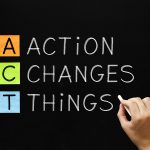 Take action in May

Our Months 5 and 6–May and June

May is half over and June approaches.  With all the squares and crosses in April, there is almost a lethargic approach to May.  The first two weeks feel the affects of April’s major astrological events.  Things will begin to move forward much more easily around the 20th of May.  We have been in somewhat of a malaise for almost three months.  I would call it the molasses period.  Things will start to fall into place.

Having said that, we begin another Mercury retrograde in June.  That begins on June 7th and goes through the remainder of the month.  Then we hit the 4th of July weekend.  Use the last 10 days of May and the first few days of June to move things forward.  You have about 2 weeks time.  For those who plan to list their home during May, expect better movement after the 19th of May.  Do NOT list your home for sale from June 3rd on until about the 4th of July.  Remember, I said that America had favorable real estate action from July of 2013 to mid July 2014.  Take advantage of this time.  It doesn’t mean your home will not sell after this window ends, but it might take longer or in general glitches with loans etc.

With a Mercury retrograde taking up almost all of June, do get your affairs in order in that window.  It is important not to buy new houses, cars, electronics, have elective surgery and try not to move during this period.  Messages should be double checked, contracts should be signed outside of this period.  Double check times on flights etc.  Assume less during this period.  I like Mercury retrograde periods because they allow me to catch up on things I have ignored.  I once bought a new car during a retrograde.  The transmission had to be replaced at almost 9,000 miles and that transmission had to be replaced almost immediately after it left warranty.

May, being the number five month, is considered a change month.  Many of us are thinking about what changes we need to make to our plans–especially those we were so sure of.  June, being the number 6, is the number of family responsibilities, weddings, divorces and graduations.  Students return or leave the household and it is generally a month where focus is on family and community events.

Remember, we are all in a No. 7 year.  Number 7 rules the environment so there is a strong emphasis in the media on the environment and the effects of man-made action.  More films and documentaries will be shown on the environment.  Another quiet but powerful role of the number 7 is the test of faith over fear.  It seems we are all being tested at some level of our lives on how strong our fear is over our faith in ourselves, the universe or in some religion.  The number 7 always has a test to it.  It can be exhausting.  How do you keep your calm center while the world seems to be on fire?

Many years ago, a woman who called herself “Peace Pilgrim” walked the United States, well over 25,000 miles, sleeping in fields and living in what spirit provided for her.  She walked in all weather.  She said “I am a pilgrim, a wanderer.  I shall remain a wanderer until mankind has learned the way of peace, walking until I am given shelter and fasting until I am given food.”  She was a remarkable woman.  Here are a few of her words of wisdom:

Q: Are you a liberal or a conservative?

A: I am conservative in wanting to preserve the good things–I am a liberal in wanting to change the things that need to be changed.

Q: Can I experience past-life recall:

A: You may very well recall some past life experiences when you have learned the lessons you came here to learn.  Before that, it is best not to know such things–you would be less likely to solve the problem if you already had the answer.  There is an old hymn that says, “I do not ask to see the distant scene, one step enough for me.”  That is very wise.

Q: What about the predictions of destruction?

A: Remember the power of thought, and think only abut the best that could happen.  Dwell only upon the good things you want to see happen.  Remember, through thought you create your inner conditions and help to create the conditions around you.  We are all helping to make a great decision.  Remember also that the darkest hour is just before the dawn.

Q: Why do people fear death?

A: Almost all fear is fear of the unknown.  People fear death because what happens at death is unknown.  However, I have experienced the beginning of the process called death–in a snowstorm one night when I began to freeze to death–and I do not fear it.  The experience of the beginning of the change called death I went through that night was beautiful.  I look forward to the change called death as life’s last great adventure, and I rejoice with my loved ones as they make the glorious transition to a freer living.  You overcome your fear of something by becoming acquainted with the thing you fear.

Q: Can the creation of the universe be some grandiose accident?

A: The universe is the creation of an intelligence which we cannot now even imagine–and we have the wonderful opportunity of learning and growing in it.

It may seem that the world has lost its way.  If you study ancient history, you will find that the world has always been at a point of losing and finding its way.  What has changed is that we have a greater population and are interconnected now.  If Europe puts additional sanctions on Putin’s Russia, Russia will cut off its gas supply.  Our decision making is not unilateral any more.  Currently the world is up in arms over the kidnapping of the school girls in Nigeria.  (about time).  Exposure is essential and what has been going on in all the world’s systems (banking, financial, governmental, political, social, religious and scientific) is one big exposure.

Frontline is showing a 2 part series on the United States of Secrets, The European Union has just pronounced through its Supreme Court, the permission of consumers to ask and get removal of their data from social media sites in Europe.  This is big.  It could spread to the United States and could allow you to erase your past off the search engine Google.  The European Court of Justice allows you  the “right to be forgotten”.  Google in Europe can be forced to erase links to content about individuals.  Americans know little of this case but it could spread to other sites and into America.  Currently, in America, we have no right to be forgotten.  Our good or bad history stays up for the world to see.

Being connected to the world, the US cannot stand idly by and ignore changes taking place in other parts of the globe.  As we move forward with these big transits through 2024, we will still be the powerful country, but we will have to make concessions on how we share power.  We have so much house cleaning to do here at home.  It is important to remember that polarization of the citizenry through this period will and is resulting in a form of paralysis.  It is almost as if a generation has to be removed from public office to let some things get accomplished.  Ten more years of exposure and correction are our future.  Many good things can come from this.  We just have to believe and act like it can.

Breaking news in the housing area:

The administration and federal regulators are reversing course on the tightening of mortgage-lending standards.  There are strong concerns that the regulations have stifled the housing industry and there is an easing back for mortgage lending.  Look for loans to become easier to get and lower down payments required.  This could affect those who have great difficulty coming up with down payments or who are self-employed.  This is the first time since 2008 that we have eased up on getting new loans.  Look for improvement in home sales and purchases.  Excellent news for those too discouraged or who gave up on their dream of home ownership.

Potential trend to be able to erase your past on Google and other search engines.  Now available in Europe and possible for the States once it catches on.

Gay marriage has legally arrived in the Bible Belt.  The first state from the Confederacy has voted in favor of gay marriage.  Over the weekend 200 marriages were performed in Arkansas–home of Walmart.  Progress is being made.

The “Economist” is reporting that America’s dynamism has dimmed.  “The rate of business creation (firm entry) has been in decline since 1978.  Calculations by the Brookings Institution, a think-tank, show that business deaths (firm exists) now exceed births.  Josh Lerner of Harvard Business School suggests the trend reflects the dominance of big firms in retail and services:  think what Walmart or Amazon do to Main Street.  Whatever the cause, the numbers are further evidence that America has mislaid some of the juice that makes it different.”   “The Economist”, May 10th-16th, 2014.

The “malling” of America is ending.  Dead shopping malls across America are increasing in number.  “Dead malls” those with a vacancy rate over 40% has nearly tripled since 2006 to 74 properties.  Real estate partnership may be buying these malls and redeveloping them into property that is no longer retail.

The May18th class on the Ancient Near East and modern-day comparisons has been changed to Sunday, June 1st.  You can learn more and register https://www.gailminogue.com/product/ancient-narratives-and-modern-day-events-understanding-the-source-of-stories-myths-traditions-that-influence-our-religions-cultures-and-beliefs/