“You cannot be happy unless you believe in immortality.  You not only have the joy of living today, but an equal you of knowing that you will live forever.  Always your horizons will be expanding, forever filling your life with new hope, new vigor and new assurance.”  Ernest Holmes “This Thing Called You” copyright 1948

“Teleseminar on Trends and Forecasts”

“The Rise in Power of Middle Aged Women” 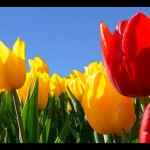 Metaphorically, you should be planting and growing in earnest now.  The spring is here and is urging you to work diligently.  We begin the 4th month with income tax filing and spring cleaning.  This is the big four productive month.  Do not, repeat, do not kick back this month.  For all of us, our responsibilities and corrections have landed in our laps.  Face them, deal with them and get the harder chores out of the way first.  This April is more serious than other months.  It requires you to focus and work.  It also ushers in a new Mercury Retrograde beginning April 28th.  You also have the energy planet of Mars retrograding on April 17th.  I really urge you to make good use of your time and energy the first three weeks of the month.  You can goof off in May but not April.

May and June are a bit more lenient.  Most of May is consumed by the retrogrades.  It is a great time to catch up, go back and revisit things you procrastinated upon.  It’s also Mother’s Day and a five month.  Much more freedom and the time to contemplate the changes you need to make.  Wait until June to apply the changes.  Remember, try not to sign or buy in May or the end of April.  June is devoted to family needs.  Weddings, graduations, address changes.  Days are longer, people are feeling better as your liver has been discharging since March.  That means we usually have less anger and are more cheerful. Run with it.

Were we all in astral form before we were born?

“Yes.  Birth is merely the process of falling asleep into this physical level of consciousness.  What we are considering a lifetime is nothing more than a dream arising from the astral level of consciousness, and at the time of what we call death the astral body ‘awakes.’  We will then recall that we had simply fallen asleep!  The entire set of memories from the previous life we led, prior to birth, comes back into our recollection and we can see them.” Ishwar Chandra Puri, “Anatomy of Consciousness”

When we sleep at night I understand we leave our physical bodies.  Is this true also if we take naps during the day?

“Sleep cannot take place unless the physical body is freed of its sheath of higher faculties.  It is just as possible to sleep in the day as at night and this indicates that the higher bodies can be freed from the outer form as easily in the daytime as at night.”Flower Newhouse, “Here are Your Answers”

This primary season is really sucking the energy out of America’s citizens.  The country has become even more polarized and we get to see how the election process has been corrupted and manipulated.   The moderates have been run out of town and it seems we are left with extremes on both sides.  None of it bodes well for the immediate future.  The long term for America is very good but she certainly will have to make some serious changes to get there.  None of the candidates is the candidate we have been waiting for.  That person will be here but not yet.  We have to continue to clean up and clean out in preparation for his/her arrival.  Most likely 2024.

All of us need to be more engaged in our local governing bodies and the people, laws and regulations that influence our lives. Everyone is tired of politicians, rules and regulations.  It is beginning to affect the growth of the country and that is serious.  If we don’t take more action in improving the governing, we have no one to blame but ourselves for the results of just complaining and dropping out.

No matter what you may say about Donald Trump, who never fails to put his foot in his mouth, he has shaken up the status quo and that is a very good thing.  The party system is rigged and they are terrified of the affect he is having on it.  His underlying purpose is to “free” the population from the system.  Watch the gyrations come forward as the old guard moves the chess board to make sure he doesn’t become the nominee.  It is obvious that Trump doesn’t have professional handlers coaching him on his questions and answers.  He is not a politician and it shows.  No slick politician would answer in the way he has.  He also works with his own money.    It is interesting to see that today, the Border Patrol Council (made up of America’s border patrol) has endorsed him for president.  A question that citizens might want to ask themselves, do Americans want to be free of this current election system?  I would probably answer no.  Deep down, change is scary.  I remember many years ago a lawyer friend told me about a man who had committed a crime but my lawyer friend was able to get him off.  The client was so shocked that he didn’t know what to do. He went into a depressed state and for awhile would visit and sit on the court lawn.

The cycle we are in now is very similar to the cycle just before and during the beginning of the American Revolution.  We will, like it or not, be forced to revisit this time period and the planning of this great nation.  How far away have we gone from our original doctrine?  It will take another 8 years to see restore what we set out to do 240 years ago.  Pay attention to the money trails, including the dark money.  All is not as it appears.

Job Mobility Declines.  This is a very serious trend and is beginning to be watched closely by economists.  Job openings and new hires have picked up in the last two years, but the rate that people are moving in and out of jobs has slowed–and has been doing so for a long time.  Also, the formation of new companies has really slowed.  America has become less competitive. Most segments of the economy are controlled by just a few companies.  It is easy to see in the airline and health care industries.  Small companies are weighed down by rules, regulations and loose anti-trust enforcement.  Large companies have merged and can afford large lobbyist budgets forcing out small competition in that sector.  America is losing her dynamism.   Her vigor and productivity is slowing as her ability to creatively destruct and make new declines.  America’s citizens understand this at a gut level.  Especially when you hear the Trump theme of “Make America Great Again”.  It needs some important changes to take place and reverse this current trend.

Within 10 years between a third and half of the current employees in finance are predicted to lose their jobs to Kensho (automated financial analysis tool) and other automation software.  Sophisticated interfaces will mean that clients no longer feel they need or even want to work through a human being.  This will destroy a very large number of high-paying jobs while creating a very small number of high-paying jobs.  “The Robots are Coming for Wall Street”–The New York Times, February 25, 2016.

Autonomous vehicles will join human drivers on our roads sooner than most people think.  Chinese company Baidu plans to put commercial self-driving cars on the road by 2018.  “Self-driving Cars Won’t Work until We Change Our Roads–and Attitudes”, Wired–March 15, 2016

Potential for new anti-aging treatments.  The Journal of Investigative Dermatology at Newcastle University Institute of Cellular Medicine in the UK finds: a protein in mitochondria called mitochondrial complex II decreases with age in human skin.  Further studies are needed to understand whether that decrease actually causes skin aging or is a result of skin aging.  This discovery brings experts closer to developing anti-aging treatments and cosmetic products that could counteract this decrease in mitochondrial complex II in aging human skin.  Let’s hear a cheer on this one!!!

“Greatness is only attained by the constant thinking of great thoughts.  No person can become great in outward personality until he/she is great internally; and no person can be great internally until she/he THINKS.   No amount of education, reading or study can make you great without thought; but thought can make you great with very little study.  There are altogether too many people who are trying to make something of themselves by reading books without thinking; all such will fail.  You are not mentally developed by what you read, but by what you think about what you read.”