“Nothing is so strong as gentleness, nothing so gentle as real strength.” 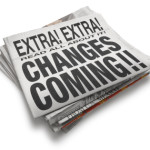 2015–Meaning of January and the New Year

For those of you in Southern California, final call for Sunday, January 11th program on “2015-2020 What’s Ahead with the Latest Forecast and Trends”

Registration and to Learn More: https://www.gailminogue.com/product/whats-ahead-2015-and-beyond/

After the last grueling two years, we all should be ready to exhale and have some relief.  These last two years were loaded with pressure, shocks, exposure, roadblocks and stoppage.  2015 will feel much better though we still maintain major change in all areas of our society.  2014 was intended to be a real test of faith.  2015 is intended to harvest what began seven years ago.  Just about the time of  the financial collapse.  We should start seeing results from some of the changes initiated in 2008.  We definitely have more regulations, more oversight or the need for more oversight in large areas of our governing structure, our corporate structure and our social structure.  Heck, in California, the legislature has entered the sex lives of college students.  (A new law has been passed that students must give consent to have intimate relations with a fellow friend or student on campus).  Since these schools all receive money from the government, and the government can be dragged into a lawsuit, they are insisting on policing this new area of society.  Love these legislatures.  Who will enforce it?  It is almost comical.

Do not dawdle or procrastinate in January.  We have a Mercury Retrograde (otherwise known as a challenged period) that begins January 21st and ends February 11th.  Get as much done in early January as you can.  By the time you read this, a week will have already gone by.  I like to give breathing room a week before and a week after the retrograde so please, get all your important signatures, purchases etc. done as soon as possible.  Usually, January can be a slow start month but not this year.

There can be better success for us all in 2015 than in 2014.  The energy is better and less draconian.  The stock market will still be a see-saw and the terrorists will still be there but they will weaken over the next few years.  More of that later.  Get moving.

How are humans and plants developed?

“The characteristics and functions of the human organism are exactly the opposite of plants.  The leaves of a tree–more expanded or yin in structure–take in carbon dioxide and give out oxygen, while human lungs–more compacted or yang in structure–take in oxygen and give out carbon dioxide.  In plants, the roots are located at the bottom and the fruit and flower at the top because earth’s force governs their formation and growth.  In human beings, the roots and stem are situated in the head–the more yang, compacted brain cells and higher consciousness centers–while the flower and fruit–the reproductive system–are at the bottom.  Our cells are like leaves, though contracted rather than expanded.  Each one is alive, energized and electro magnetized by the constant stream of chi.  As human beings, the real source of our life is coming from the universe.  It is more accurate to say that we hang down from heaven than stand up on earth.  The head is our root, (brains are compressed roots) from which we develop our consciousness, realize our dream in life, and set out to return to the next world.

Materially, modern science has not yet detected the universe’s spiritual structure or constitution.  Because it is based on an extension of the physical senses, even the most advanced technology cannot measure the energy centers, meridians and holes through which the chi or electromagnetic energy of the infinite universe flows.” Michio Kushi “The Book of Macrobiotics”

View from the Freeway:

Dorothy, you can’t go home to Kansas!  Life is not going to be the same any more.  The last 8 years have shown us all a new day is dawning and we no longer can depend upon the safety and security of old programs and conditions.  For those unwilling to change now, life will be increasingly more difficult.   For some of us it will be meeting ourselves for the first time.  I always say, the best walk is the the walk around the block to meet yourself.

2015 will bring us more advanced technology and we haven’t seen anything yet.  We are on our way to developing mental telepathy but give it several more years.  In the meantime robots and human replacements will increase in numbers and more talented people will be forced to create their own incomes, benefits, improved education etc.  Uber, Lyft and other shared transportation have become a godsend for the elderly who hate driving or can’t drive any more.  It has been great for the young who can’t afford cars and it’s a blessing for those who want to imbibe but should not be on the road.

The “Internet of Things” has created an online shopping universe.  Big brick and mortar stores continue to close and morph into other-use buildings (such as data storage) and we continue to try and adapt as best we can.  The challenge for us all as this spinning wheel of technology spins faster will be to remain calm and centered in the face of speed.  It will also be a time of truth.  Less self-deception and denial will be tolerated.  We will have to get real.  The guru, feel good period, is over.  It actually ended in 2004 but we are just waking up to the fact that we drank too much cool-aid and went to too many woo woo conferences.  Simple heroines and heroes are what will be valued.  People want the truth, will tolerate phonies less and less and will want value.

The next three years will see big changes in religious practices and laws.  You can expect “so-called” religious non-profits to be put under the microscope.  More people will join in more non denominational forms of community.

Since 2015 is the big 8 year in Numerology and 8 rules karma, it’s a super time to harvest what you have planted.  Hopefully, you have seeded well over the last 7 years.  If not, pay attention to all of your business affairs, financial affairs and think big in the opportunities you create for yourself.  Ask, and then ask again.  8 likes to be big so this is not a year to hide behind your bushel basket.  Get real with yourself and do love yourself more so that you can appreciate your talent and uniqueness and let yourself enjoy using it.  I have a computer friend who is brilliant in working with computers.  He also works with a very successful singer with millions of fans.  He was asked if he wanted to sell a unique market of this celebrity’s DVD’s and CD’s.  So now, he is not only a specialist in video and computer work, he has a new niche selling a totally different product.  Who knew.  He loves doing it and even more important, he is having fun.  How about you?  What can you have fun doing and monetizing?  You might surprise yourself.

Dramatic drop in religious affiliation in the US since 1990 closely mirrors the increase in internet use. Back in 1980 about 8% of the US population had no religious preference.  By 2010, this percentage had more than doubled to 18%.  The increase in college-level education and internet use account for a large percentage of this change.  College level education has increased from 17.4% to 27.2% in the 2000’s.  The number of people with a religious upbringing has dropped since 1990.   MIT Technology Review  “How the Internet is Taking Away America’s Religion”, April 4, 2014

The price of oil will remain low for some time as we say goodbye to the Piscean Age.  Fossil fuels are connected to a passing age.  It will still be a major source of fuel for the next 20 years but it will be decreasingly so.  On the horizon are the renewables and hydrogen.  Even with the rise of large vehicles as the price drops, we have crossed over to a more environmentally aware society and will continue to enlarge it.  Oil and liquid fuels belong to an old Piscean Age represented by what is under the ground in liquid form (oil, water etc.).  Eventually we will be combining air-based fuels, sun, hydrogen etc. that is at home in the Aquarian Age.  Caution must be taken now with underground behavior, fracking, mining, extraction.

The powers of security are fading away.  These include pensions, entitlement programs, jobs etc.  We have been living in a somewhat paternalistic world with institutions that were to take care of us.  These include insurance companies, the government and banks.  All of them are functioning less efficiently and are less and less dependable.  This will accelerate and you will be responsible for your own safety and security.

The way governments measure employment and wages will have to change.  The government looks at the GDP and the unemployment rate and these are favorable but real wages in the meantime are down.  American states have a different set of rules for “contract workers” than for employees.  Too many benefits are delivered through employers, especially pensions and health care; both should be tied to the individual and made portable.  “The Economist” January 3rd-9th, 2015

Consumers are clear winners in the “new economy”.  So too, are workers who value flexibility over security, such as women who want to combine work with child-rearing.  Taxpayers stand to gain if on-demand labor is used to improve efficiency in the provision of public services.  The big but, however, are workers who value security over flexibility, including middle-aged lawyers, doctors, taxi drivers, government workers etc. who feel justifiably threatened.  Hence you see fights all over the globe as Uber pushes its ride sharing model across the world. “The Economist” January 3rd-9th, 2015.

The market for virtual currencies is relatively small but growing quickly.  Time Inc., Overstock, Dell and Expedia are some of the firms now accepting virtual payment.   The Kiplinger Letter, January 2, 2015

Computer science courses are catching on big in middle schools and high schools.  Students will have the skills needed to fill growing jobs in artificial intelligence, data mining, coding etc.  One transferable skill will be in programming robots.  Now that is a dream job.  Just think of the possibilities for the next 10-20 years!

“However hopeless the outlook may seem to you, however difficult the path before you, you can find the way to independence and success if you never let go.  It may require a long time.  But if you had your choice today to stay in a dark, foggy valley and slowly starve to death, or to climb a steep, long mountain road which required years of endeavor and fatigue, yet led to comfort and beauty at the top–you would, I am sure, start at once up the mountain.

No matter what boulders lay ahead, you would try and climb over.  No matter what wild animals roamed over  the mountain, you would face all the trials and dangers sooner than stay in the valley and die a slow death.  That is precisely what you must do now.

To give up all individual effort because there are trusts and monopolies in the land is to stay in the valley and die of inaction.  To push on in a determined and never-give-up state of mind, is to succeed in spite of everything.”  New Thought Common Sense by Ella Wheeler Wilcox, 1925.