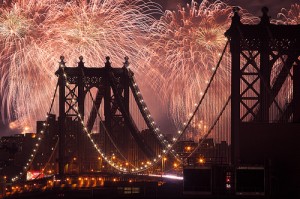 Good News: I now Skype for those of you who live outside the US.

THE MINOGUE TIMES—JULY 2012 (Please forward to friends and family)

Rest, restore and recover. The month starts out on July 3rd with a full moon and begins to slow down from there. In the cycle of numbers, the number 7 is the rest and restore number. It is also the intellectual and research number so putting them all together; I would strongly suggest you do not push the river this month. Do not be in a hurry. Remember the ancients knew the importance of the number 7 and saw the 7th year as the “year of release” when a field was allowed to rest from planting. See this seventh month as your “month of release”. Don’t push, instead complete and restore.

The Mercury Retrograde begins late on the 14th of the month and it continues until August 7th. We have direct movement on the 8th but the shadow of this event falls several days before and after the retrograde. I urge you to get your major purchases and contracts organized a few days before this event and just cruise the remainder of July.

It is a great month to go back and clean up your projects. Reconnect with old contacts and catch up with yourself. Above all do not hurry and panic. Try not to buy any electronic purchase or other major purchases during this period. Postpone moving until about August 10th. Postpone your job interview so that it falls after this period has passed.

How do I process all the negative news regarding the economy and job growth?

Stop focusing on it. I know this sounds challenging but it is essential to your becoming prosperous and being presented with positive opportunities. You cannot retain a clear vision of what you truly want if you are constantly turning your attention to its opposite.

No matter how awful conditions may seem in certain countries or areas of interest, do not waste your time and dissolve your own opportunities by considering them. Give your attention to what you can do today and what you can do to help yourself be more prosperous and healthy.

Are you paying attention to connecting the dots? I mentioned that June 24th was the first of seven squares that would launch monumental changes around the world and, in particular, the United States. These major squares cause big and sudden events that shake everyone up for three years.

This week Barclay’s Bank has been found behaving fraudulently in its role to “fix” the LIBOR, one of the world’s most important indexes to set the interest rates for various loans—including your mortgage. This will add more pressure to break apart the large banks. A recent JP Morgan Chase event has discovered that they took great risks in trades that will have greater repercussions to their clients. Expect more and more “discoveries” regarding the financial markets during the next three years.

Expect the increase in the decentralization of municipalities and other governmental models. There will be more cities on the edge of bankruptcies resulting in the ending of guaranteed retirement and health benefits for retired government workers and more privatization of services. In California, the City of Stockton, population 270,000, filed for bankruptcy the end of June. The small town of Mammoth Lakes filed yesterday.

Expect more corporate “discoveries” and fines as big industries come under the microscope of truth. Just yesterday Glaxo Wellcome was fined $3 billion for fraudulently promoting 3 of its biggest drugs and using them for treatments that were not approved by the FDA. $725,000,000 went for promoting and marketing alone. Dr. Drew Pinsky, the TV celebrity doctor, was paid $275,000 to promote Wellbutrin on his show for uses not approved by the FDA. So much for bogus celebrity experts. Millions were also paid to physicians to get out and lecture on Paxil and Wellbutrin when they knew that what they were promoting was not the truth. Glaxo Wellcome pleaded guilty to three misdemeanors. Does anybody go to jail here? No.

There will be more of these discoveries during this three year period. It is intended to get us to make the changes to these three areas of our society. Our next big square will be September 18th, 2012. There will be more fallout after this second square. By the time all of them complete by the summer of 2015, we will be a much more involved citizenry.

Republicans are going to be less willing to sign a no-tax hike pledge. This doesn’t mean they will embrace tax hikes. A growing number of Republican candidates and office holders are beginning to see that taking the pledge of no-tax hikes is bad politics and bad economic policy. Some GOPers are beginning to characterize it as handcuffs of a sort. It makes it more difficult to round up votes at times when increased revenue is necessary.

“The pledge will not die quickly. Lawmakers who don’t sign, or who break it, are threatened, often by tea party candidates, with expensive and difficult primaries.” The Kiplinger Letter, June 29, 2012

A 40 mpg Personal airplane (Bloomberg – May 22, 2012) Synergy, a 40 mpg personal airplane project is attracting thousands of dollars in investment on the popular crowd-funding website, Kickstarter. Approximately half-way to its stated target investment goal of $65,000, the project’s developer claims the aircraft has ten times the fuel efficiency of a small jet.

Roof Top Farming in Queens – (Resilient Family – May 15, 2012) Imagine an acre urban farm with 1.2 million pounds of topsoil on top of a building. Brooklyn Grange imagined it and created it – a commercial urban farm that provides urban resilience and reliable source of organic produce in the middle of Queens. The farm was financed through private equity, loans, grassroots fundraising the website Kickstarter.

Only 15 Senators Voted to Stop FDA from Arresting People without a Warrant – (Healthy Home Economist – May 25, 2012) 78 United States Senators have gone on the record as being in support of the power crazed FDA arresting small farmers without a warrant, many times decked out with guns and other high powered firearms.

End of the Dominance of the US Dollar?? – (Business Insider – April 30, 2012) There is a major shift under way, one in which the US main steam media has left largely untouched…Russia and China are leading the charge. More than a year ago, the two nations made good on talks to move away from the dollar and have been using rubles and renminbi to trade with each other since. China and Japan followed suit. Promoting the use of their own currencies when trading with each other. China is now discussing a similar plan with South Korea. A new agreement among Brazil, Russia, India, China and South Africa promotes the use of their national currencies when trading instead of using the US Dollar. This is more of a long-term trend.

More states will push bills that crack down on people in the US illegally. Even though the Court overturned most provisions of the Arizona immigration law. Expect tighter rules for receiving state benefits and having access to schools and jobs. Many proposals will pass and be tested in state and federal courts. First on the docket: Ala., GA, Ind., S.C. and Utah. The Kiplinger Letter, June 29, 2012

No quick cure for long-term unemployment. Creating enough jobs isn’t likely until the economy picks up and businesses are more eager to expand. It now takes about 40 weeks for the average unemployed worker to find a new job. We are first deconstructing the old employment models, the old financial models and the old government models. Genuine renewal is several years away. More workers with skills are needed. Automation will continue to reduce the number of employees who stock shelves, move inventory, package and ship purchases.

“Because you are not in the right business, or the right environment now, do not 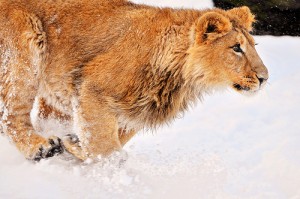 Taking Action in the Present Moment

think that you must postpone action until yet into the right business or environment. And do not spend time in the present taking thought as to the best course in possible future emergencies; have faith in your ability to meet any emergency when it arrives….If you act in the present with your mind on the future, your present action will be with a divided mind, and will NOT be effective.

“The Science of Getting Rich” by Wallace Wattles

Do You Want A Private Reading Session?