The Number of Completion

2) September, the 9th Month of the Year

Time to Wrap It Up

You have heard the old sayings “the cat has nine lives”—indicating that after the 9th life that it is done. We also hear “the whole nine yards”—meaning you give your all to the cause. We are also “on cloud nine”—meaning the ultimate in feeling fabulous. To be “dressed to the nines” means you are dressed beautifully and have taken in all the details of your outfit. How about the “ninth level” or the famous “nth degree”–meaning you have taken it as far as it can go”. Not to forget the famous 99cent store or $1.99. We tend to round everything off in money to $.99. For some reason $1.97 does not resonate with us. $.99 is what we are comfortable with. The numbers continuous reverberate through our being.

Use this month as if it were your last month. (Not to get morbid—but my feeling is we are always one curb step away from getting out of here). A cycle has come to an end and so the trend is change and adjustment. It is a wonderful month to finish things. Finish anything. It is a grand month for giving gifts, being kind to others, being generous and charitable. It is also a month of elimination. Get rid of inventory both in the business world and in personal affairs. Be efficient, be productive and let go.

What a month! September begins with political conventions and we are all under the spell of politics and change as we

enter the final two months of the very long election season. We have become more polarized by the day and we seem to have taken up on one side or the other. For all the independent voters out there, most people have decided. Some will choose not to vote as they are so unhappy with the choices.

These are our choices though. We have met the enemy and—guess what—it is us. I’ll be darn!!!! For whatever you feel about the situation, it has been self-created. We just don’t like to hear that. We have ignored the characters in Washington and continue to send to Washington those who supposedly represent us. If you don’t like it, do something. Stop voting personality and celebrity. Look, instead, at what the system has become. You will no longer be able to ignore the following:

The Lobby System:–legalized bribery determines which laws get passed

A citizenry that is marginally informed about the laws, the money behind them, who benefits, the politician running for office. A general lack of interest, denial and apathy hangs over the citizenry. What fills the vacuum is who can yell the loudest or who can afford the most media coverage.

The problem now is that due to these years of denial, we have a situation that cannot be ignored. The old system of “politics as usual” will not work. Remember, we have massive transits traveling through America’s chart and all the dirty stuff is being exposed. We cannot hide from it any more. We cannot wish it away and all will not be solved by this election. Whoever gets in office will face two very tough years ahead and wonder why they ever wanted it. So much more will be exposed in 2013 and 2014. If the person doesn’t perform well, nothing would surprise me as to someone stepping down or some type of change at the top. To make matters even dicier, Election Day this year is the first day of a Mercury Retrograde. Something is going to change down the road.

The system will be transformed whether we like it or not. We will need to look at our political system as a whole and not as a bunch of “nut jobs” ranting for their special interest. If we do not look at the system itself rather than the Democratic, Republican, Tea Party or Libertarian Party, we will be experiencing more pain and discomfort and have a much longer recovery. The whole process will take many years but it is on your door step. Watch the TV shows and films—remember, they are first viewing of what is ahead. These are the creative people who show us our problems and show us the future. As Meryl Streep says in the movie about Prime Minister Margaret Thatcher of Great Britain (The Iron Lady) I want people who think, I don’t care what you feel, I want you to think—people should stop trying to “be something but should instead do something”. It time for Americans to think and do something. Think—then act.

How big is this transit of Pluto in Capricorn?

Answer: Huge and it is zeroing in on the United States of America. If you feel America is getting a raw deal, being picked on by the world and wondering where our mojo went? Look no further than this transit. It is going to sit on our heads for years and will not let up. It is going to raise the stakes in whatever game you are playing—increase your commitment—or leave the table. Your choice.

Good news for workers over 50. More job training opportunities are on tap at community colleges. Charitable foundations will fund more programs directed at refreshing skills for older workers. This will help ready them in fields such as health care services and education. Look for many more programs in the spring of 2013 Participating colleges will team with local employers to develop relevant training courses and classroom materials. The Kiplinger Letter, August 31, 2012.

Bond bubble likely to develop in the next two years. Bonds have been the best investment in the last 10 years. But they are not cheap now. James Goldberg, AAII meeting, July 21, 2012

The fiscal cliff that is to take place on December 31, 2012 will not happen. The politicians will bring us to the brink but then pull back at the 11th hour. Not fun to experience or watch.

Employment is improving—however, at an extremely slow pace. Unemployment claims dropped from 670,000 in 2009 to 375,000 in 2012. Unemployment is due to many factors that have been years in the making, including sending jobs overseas, NAFTA etc. swift advancement in technology causing more and more workers to lose jobs, elimination of low level manufacturing in the United States. Expect a huge increase in the next 10 years with robots doing much of the work, including medical procedures.

Changes in the gut microbiome from low-dose antibiotics caused mice to gain weight. Similar alterations in humans taking antibiotics, especially children, might be adding to the obesity epidemic. Researchers mimicked what farmers have been doing for decades to fatten up their livestock—feed a steady low dose of antibiotics. A study of 11,000 kids in the UK who were overweight by the time they were 3 years old had taken antibiotics within their first 6 months of life.

The Indian parliament declared, in collaboration with its Atomic Energy Commission (AEC) that the nation would commence on the construction of its first-ever 300 MW (megawatt) thorium reactor by 2016-17. Thorium is a naturally occurring radioactive chemical element that is named after the Norse god of thunder, Thor. Discovered in 1828 by Swedish chemist Jons Jakob Berzelius, the 90th element on the periodic table has been described by Forbes as possibly “the biggest energy breakthrough since fire”. Thorium has the potential to replace uranium as an ultra-cheap and ultra-safe nuclear energy source. 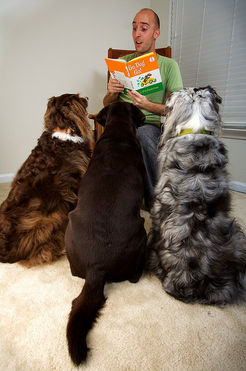 “Consider that this is God’s world and that it is the best of all possible worlds; that he/she has brought it thus far toward completion by the processes of organic, social and industrial evolution and that it is going on to great completeness and harmony….You can work to complete an unfinished society, instead of to renovate a decaying one; and you can work with a better heart and a more hopeful spirit. It will make an immense difference with your faith and spirit whether you look upon civilization as a good thing that is becoming better or as a bad and evil thing that is decaying.”