America is now in a five year pattern of polarization that should end in early 2016.  The news media itself has become the “news”.  We have been in a growing period of agitation since September 11, 2001 and it is about to amplify itself.  How events themselves are reported and how they are framed by news outlets decides how people will feel about it and how they will react.   What is lost is objectivity.  It is to the media’s advantage to sensationalize events.  It sells copy.  There is general reluctance on the part of the media to report news truthfully.  What is impartial?  A relic of the past?  People, instead, look for and become stuck on their point of view and become furious at the opposite viewpoint.  To learn more about these important transits, check out information written by well known astrologer Judi Thomases.

There is a similar pattern to a past cycle during the Civil War Era.  During that time period family, friends, neighbors 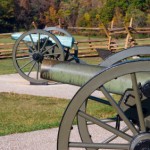 A New Type of Civil War

railed against each other.  Families broke up, marriages fell apart because of their different political views.  In some way we have a media that has become the battlefield.   Events are not reported truthfully, confusion reigns.  Delusion, gullibility, over idealism and denial are the outcome of this lack of neutrality in reporting the news.   Some people have stopped talking to each other because of their extreme differences in their political and social beliefs.  Remember it is to the news media’s advantage to create sensationalism.  There is a strong reluctance on the media’s part to report news accurately and objectively.  I keep receiving emails from people who send bogus information and statistics about Obama and the liberals.  I encourage you to go to snopes.com to check out the facts of all your news reports you receive in your emails.   There is the tendency to find pieces of information–misinformation–that agrees with your view and then pass that along.  In this way, more misinformation is spread and more polarization takes places.

The Civil Way battlefield in modern times is the news media. People are lining up on either side and throwing bits of bogus “media information” at each other.

Where is Investigative Journalism?

Where is investigative journalism?  Due to budget cuts, downsizing and lack of support for investigative journalism, we have opinion makers.  The blogs and online “news” outlets are full of opinions and commentary–not investigative stories.  To get this type of reporting takes time and money.  Just to get “truth in reporting” from the government requires taking at least one or more government departments to court.  What is even more scary is what is NOT being reported.  What are we not shown–both in photos and in interview.

Perhaps we need to be citizen journalists.  We must monitor events.  We must  systematically ask for statistics and facts 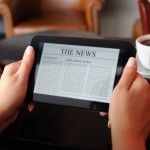 Question What You Read

that support the statements by the news outlets.  Remember they are shaping your beliefs and can be very damaging to the well being of this country.  You only need to see how we are forming in this country an “us” vs “them” society.   Rather than being united and creating unity that we are all in this together, we have designed internal conflict pitching “you” vs “me”.  We have become emotional, confrontational and dug in.  We are sticking to our pitchforks no matter what.

This is unfortunate but you could see the beginnings of this trend during the election of 2008 and now, fed by the talking heads of radio and TV, it has become intensified.  We use talk radio and blogs to rant about the other side and maintain our own self-righteous position.

This current Civil Way within the United States will most likely heat up during these next five years and could become very dangerous.  We are beginning to see youth riots in the East Coast cities and union protests as benefits and pensions are cut across the states.

The country is bankrupt.  What saves us is our ability to print the world’s money.  We need to find ways to dialogue and find the truth.  During the next 12 years, more greed and manipulations will be exposed.  Be prepared to be shocked by it.  It has been brewing for a long time and didn’t just occur in the last few years.   All levels of society will be exposed.  Leaders of religious groups, prominent government officials, government abuse of our monies, corporation malfeasance, health lies etc.

Citizen journalism and action by the “commoner” rather than your privileged political class is a great antidote.  It is going to be very challenging to get neutrality back in news.  We have somewhat of a reprieve in 2012 but than it continues on with its sensational behavior.

Do Not Be Gullible

Do not be gullible, both republicans and democrats in office are financially well off thanks to you and me.  Their focus is always to stay in office and maintain their power, position and money.  They are supported by lobbyists and special interest groups that help keep them there.  If you put any one of them in the position of the regular, common man or woman, they would not last a day.  Originally the Tea Party pictured itself as a supporter of the commoner.  Alas, they too have been captured by special interests and no longer are representative of the common man and woman.

In many ways, America is at war with itself.  The energy that would be directed to an outer focus is being directed internally.  We are at the very beginning phase of self-reflection and self-examination.  We are tired of war, its costs, its sacrifice.  We are trying to figure how to get out of these engagements in the Middle East.  We are broke and weary.  American is due for a very long (80+ years) shift to introspection.  We will not want to be engaged in more wars during this period and we are pushing to get out of the ones we are in.  The trick will be how to do this and remain relevant on the world stage as a standard bearer.  Americans have no more stomach or money for large defense spending.  This trend will only increase as we become more inward and reflective.

Tagged: citizen journalists, neutrality in the news, polarization of the people
6 Comments

6 responses to “News Without Neutrality”