Self-sovereignty in a Time of Crisis

“Life is either a glorious adventure, or it is nothing.”  Helen Keller

Did you see the recent Frontline on ISIS and the undercover filming of its organization?  Its hard to believe that this group 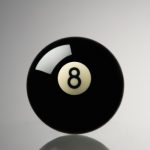 exists in today’s world.  Have we advanced much?  How did this all come together?  Is there a purpose to this group at this time of the world’s progress?  If you study cycles that cover large swaths of time, you can see how it came to be, why it came to be and what humans are doing with themselves.

It seems as if the entire world both macro and micro is under stress.  People are in great fear and worry, even those who go to bed in lovely homes in gated communities.  There is an edge to everything and underneath the “oms” there is the doubt and uncertainty.  What is going on?  It seems as if the world’s hair is on fire.

We are living through a huge transformation.  Not only must be leave the remnants of the Piscean Age, we must begin the learning of what the Aquarian Age represents for us.  In addition to this, we entered a 1,000 year period of feminine energy when we began the year 2,000.  On top of all that, we are going through the Ken period, No. 8,  of the Jupiter period in the I Ching.  This may sound like goofy talk but to ignore what these cycles are intended to do causes us to walk around waiting for the next shoe to drop, or we give up.  Many people are checking out off the planet.  This is a tough time.

In world structures and countries where systems are not working Gayle Atherton, feng shui expert on the Jupiter periods, states “in particular any system where there is excessive cruelty, unjustifiable thoughtlessness or disrespectful indulgence, these practices have the potential to increase and worsen until they reach an absolute height of insult.  It will be as though this energy must reach its highest peak in order for there to be long-lasting transformation of these negative habits….This Ken period invokes the very worst and will bring out the best in very ordinary people.”  This period lasts until spring of 2023.

The rise in capitalism of the Aquarian Age probably began in the mid 1700’s  and it offers individuals the ability to create their own wealth.  Aquarian Age requires relating to other beings across the universe.  Trade pacts, negotiations and Uber all relate to the same thing, development and opportunities for the individual.

If one is used to entitlements and dependency upon old government and corporate structures, there is a general erosion of trust.  The citizens are being forced to rely upon themselves and live in uncertainty.  We are moving away from an emotional structure and religions of all kinds are losing power (in spite of what the media reports).  As capitalism and the individual take on a larger role, more enemies will sit down at the table.  We are seeing a prime example with Iran and negotiations with the US.  This is a capitalist decision.  Religion became a secondary issue.  As more and more fighting groups come to the table of capitalism, the Aquarian Age can be more apparent.  Remember capitalism was always intended as a tool to help develop the individual within the group.  It is a means to an end.