Buckle up and hang on while the economy and government goes through the Mr. Toad’s Wild Ride.  (One of the favorite rides at Disney Land.  It is not ending any time soon–soon being several years.  It does NOT surprise me and it really shouldn’t surprise anyone.  It has been a “head-in-the-sand” situation for several years so this is what it looks like trying to turn the big ship around.

Leadership–where is that?  Who is that?  Don’t look for anything on the horizon anytime soon.  That person will appear but not yet.  If you can keep in mind, you must start thinking about 12 years not two or three you can create a plan that can be adjusted to the changing conditions.  At least we have news of low interest rates for two years.  That should help keep gold continuing its climb.  Gold is all about flight to safety.  The more insecure the situation, the higher will go the gold.  It could go over 2000 which was predicted several years ago by Gerald Celente.    When people tell you that the stock market is cheap due to the large drops in the last few days, be suspect–it has been a lot cheaper s.  Always pay attention to individual sectors and individual stocks.  Diversification is essential.

Retirements guarantees are suspect as well.  Plan on working longer or creating a side business or job to see you 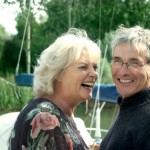 through this period of 12 years.  Although the public pensions have been in the news a great deal lately, it is the private union pension that is rarely discussed and whose problems are more acute.   You can expect many class action lawsuits over pension mismanagement directed at employers and unions responsible.  Several unions could be bankrupted.   It is more than likely.  For those union members who were expecting large pensions, they may be getting the back up  government sponsored pension plan (Pension Benefit Guaranty Corporation) which has a maximum payout of $13,000 a year.  In short–you should NOT ASSUME anything right.  You cannot assume that xx number of dollars will be there for your retirement.  That is how serious the union pension problem is in America.

Do protect yourself now by creating income beyond your retirement funds.  Remember, you were always self-employed even though you thought otherwise.  Do something you enjoy, are curious about, outrageous, what your hand turns easily towards but do not hide under the blankets.   This is a serious time that requires wisdom, courageous and elimination of a lot of your thinking.  Take your aches and pain, get in shape and go make more money for yourselves.

If you need a loan for your business or house,  look to sources other than large banks.  They are becoming less and less of a citizen bank and more like a banker’s bank.  You can look to small local banks, new lending institutions and private monies.  The entire lending world is on its head.  Money is around.  It is a matter of finding it.  Capitol One, Discover Bank and even less main stream lending houses.  Explore.  Let me know if you find some good ones and I will list them in my post.  Micro lenders have also come to America from Third World countries

Expect taxes to go up.  It is just a matter of when.  Cuts alone won’t “cut” it.  From now to the election in November of 2012, Congress will fight among themselves and embarrass us all.  Addressing entitlements will have to be done but that will become even more difficult.

This heavy duty transit that we are under will not get lighter no matter how much we think otherwise.  Americans as 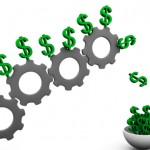 Making it to Spend

citizens and the government that represents them have one thing in common–they like to spend.  It is no wonder that we create a government body that loves to spend as we do.  This is why it won’t cut taxes and spending.  The whole system is geared to spending more.  Everybody wants more–more on the kids, more for the office, more for the district, more for your special interest that you wish the government would spend more on.

Who is economizing?  The last I looked, nobody is darning socks.  When a hole is discovered in the heel of the sock, it is thrown out.  Telling people that at one time Americans darned socks, they haven’t a clue as to what that is.  How about washing and reusing plastic bags, using powdered milk.  You get the point.  We love to spend and so does our government.  If we want it to change, we need to begin with us.    You jest!!!!!  More later…..

7 responses to ““The Sky is Falling” said Chicken Little”