The Vote Heard Around the World–America’s Brexit 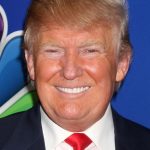 can and the wisdom to know the difference.  Amen to last night and the major electoral victory for Donald Trump our new president.

I have learned that when we are given some abrupt and drastic change in our lives, change that we cannot do anything about except accept, we would be wise to adjust as quickly as possible to the change.  Having said that, many of us are reeling from an upset election.  Yes, Hillary won the popular vote, as expected, but it wasn’t enough to get the electoral vote to put her in office.  How did this happen and why were the polls so wrong?  What did the democrats miss?   They missed the largest and social ethnic group in our country, the white middle and poor to middle classes.  This is still the largest group even with all our immigration.  They are white European descendants.  They live in smaller cities and rural areas and they voted.

This group has felt marginalized for at least 30 years.  They have watched their jobs be outsourced and been insulted by having to train their replacements.  They watched their values be destroyed and their hopes for decent paying jobs go away.  The motto for the Democrats was about the 1% and inequality.  To this large ethnic group it was never about inequality.  It was about being included, having a seat at the table and feeling productive.  It was about making enough money to take care of your family and being able to afford to buy a home even on a lower income.  Trump sensed this mood and tapped into it.  His audience was filled with this anger and resentment of being discarded.  They believe they had someone who understood their plight and wore the “deplorable” tee shirt with pride.

What America found out last night was that the elites could be overturned by the masses.  When a dysfunction goes on for too long in a society, eventually it will have political repercussions.  It did last night.  It did this past summer with England exiting out of the European common market.  For better or worse, those marginalized in British society threw out those who underestimated the power of the common man/woman.  It is going on in Europe with the small National parties that are trying to make inroads in the governments.  Governments have created a bubble either here in Washington or in Brussels.  Elites and members of the status quo are being thrown out.

The interesting point to make though, the voting last night returned the same members to Congress.  This should be the next target of change.  This bloated, special interest, unaccountable group (with no term limits) continues to vote itself special privileges and positions with a lack of concern for the public.  This group will be a target for Trump.  It should also be a target for the general population.

What can you expect with Trump?  We don’t know enough now.  He has promised many things that he will not be able to keep.  Running a country is a non-profit job with many, many bosses who will obstruct you.  Early in his administration, I would expect to begin the dismantling of the Affordable Care Act.  Some parts will be kept but, for the most part, most of it as we know it, will go.  Competition of insurance companies across state lines will be a good thing.  How to do health savings accounts and what happens to the poor is anybody’s guess.  Pre-existing conditions, who knows?  Social security will stay in tact.  Abortion should be able to be obtained.  Taxes will be going down with a pro-business bent to encourage investment.  What happens to the EPA and environmental issues looks tenuous.  I would say that most likely pipelines will be finished and fossil fuel energies will still be encouraged.  He will try things out for awhile to see how they go.  It all depends on who he puts on his economic team.  He has given us little information as to who he is considering.  So much both foreign and domestic are in the unknown pile.  He won’t build a wall but I think immigration will tighten.  The emphasis will be on strengthening the class of people who put him into office and discouragement of immigration.  He wants colleges with endowments to help give out college loans and grants to students instead of the government.  That makes some sense but we don’t enough as to how.

Trump said many nasty things publicly.  He basically was unfiltered.  In the end, he stayed on teleprompter and quit using Twitter.  His supporters didn’t care how vulgar he was, he was on their side.  Besides, many politicians have said the same thing in private.  His hyperbole was amazing.  “Make America great again” was an excellent slogan to fire up this enormous base.  He also didn’t turn off as many women as the democrats had hoped.  On top of that, he was a better politician than Hillary Clinton who had a boring slogan.  She was seen as part of the old order and the elite who were out of touch with the common person in America.

Where do we go from here?  We need to follow up with the new leadership, hold the elected officials feet to the fire and get involved in participating in our government.  Most voters are under-informed or uninformed.  They vote almost always “against something–not for something”.  In this case the vote was against the status quo and the elites and that is what the democrats represented.  It was a vote against the Obama, Clinton, Bush machine.  Women will be still become more visible.  This wasn’t a vote as much against women–although there was some of that in there–as it was about getting rid of the elites and the entrenched.

Tagged: Trump election results and why, What did the democrats do wrong, Why did Hillary lose
20 Comments