I keep reminding my readers that what is happening in the world is timely, understandable but painful to 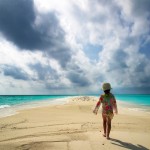 Going towards a better future

experience.  Nobody is spared.  Even those with wealth and security are worried about losing it in the world markets or afraid of political change that could upset the dynamics of money.  Peace looks like it left on the last bus.  There are, however, positive signs of change.  They may appear to us as disorder and destruction but they are the labor pains to birthing a new way of human existence.

Case in point, the additional uprisings going on in the Middle East.  This area has been muddling through in mania since 638 AD.  Once Mohammed died, they began fighting over who would control the organization.  They have been fighting over it ever since.  There will be more bloodshed of the innocence, more dysfunction over the next several years as we wind down this enormous world-wide transit of Pluto in Capricorn.  All dysfunction is exposed and that includes the religious/political factions.  All the male strong men, religious leaders and uneducated and unemployed youth will hear the call and do the dance.  It is the beginning of the end of this type of domination but it will take the next 9 years to bring this chapter to a closing–not an ending.  In the West, we have little idea of the history involved here or the larger reason as part of the ending of man-made religions.  In order to help evolve the races, we must let old forces disintegrate.  It may take many lives, many beautiful treasures and upset the order but this region’s theocratic reasoning is in intensive care.

All religious dogma created and controlled by humans–mainly males–are in their death throes.  This period is closing out the old Piscean Age and prepares us for the new Aquarian Age.  All religions created during the former are up for exposure and a reality check.  From the beginning of the Piscean Age, approximately 2100 years ago, the following religions were created:  Rabbinical Judaism, Christianity–all segments, Catholics, Baptists, Methodists, Mormons etc.–Islam, all phases Shiites, Sunni, Wahhabi, etc. Buddhism–all segments, Zen, Tibetan etc.  Religions had a role to play to collect the masses, reduce Gods to a singular  God force, develop compassion and develop a sense of community.  This particular tool of man-made religion is no longer effective in bringing progress. The main teaching tool for this phase was fear using rewards and punishments.  We are outgrowing the Piscean Age.  As we move forward, we take with us what we were to learn from this Age, a sense of community, compassion and the ability to share.

We no longer need to use religion as the tool to develop community.  We can create many types of community.  We can keep the source of connectedness to “God” or the “force” but we do not need a “religion” to get us there.  One of the unknown aspects of the constant self-absorption of cell phones and other devices is that we are going into our devices.  This is a very early step of going inward.  Eventually, over time, we will go within.  It takes time but we are on our way.  Your greatest resource has always been your own connectedness to the sacred and divine through every breath you take–not through hail Mary’s, offerings, praying 5 times a day, prosperity classes or evangelizing to the masses.  Going within (beginner steps through your devices) will eventually bring you and the world the peace we say we want.

Tagged: Islam and other religious endings, Middle East Mess Why, Understanding our times, Wars in Iraq and Syria
3 Comments

3 responses to “We are Making Progress–It Just looks Dysfunctional”