What Awaits Us in June?

Two months ago Frank Barbera spoke at the Los Angeles  Chapter of the American Association of Individual Investors. 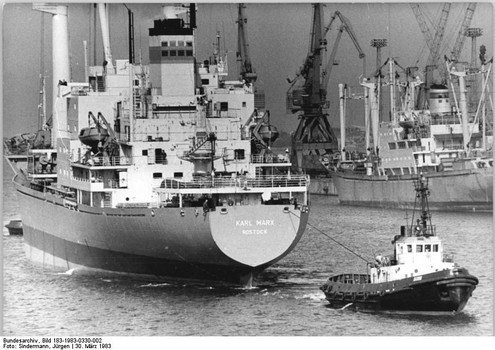 The group is mainly made up of people who want to learn how to manage their own money, trade wisely and be better informed with regards to their money.  For $29 you, too, can join this Association.  On top of many sources I read for information, I value this group’s neutrality and its excellent speakers.  Here are some tidbits from April’s meeting.

June takes us to the half way point for 2012.  What are we doing and where are we going?  No matter what is being reported by the media and the government, employment progress is bleak and even the Facebook  IPO went bust.

So where is this unemployment rate drop from 9.7 to 8.2 coming from?  Perhaps a slight of hand by the government with data magic.  You can get the raw figures for the Bureau of Labor and Statistics and do the math yourself www.bls.gov.

The Bureau of Labor and Statistics figure the labor participation much higher, 63.7 percent in 2012.  Is this government magic or what?  Here’s the clue, the Bureau excludes certain categories and only counts people over 16.  Regardless, the rate of labor participation is dropping not rising and wages are moving down.

Meantime the US Government is accumulating debt at the rate of $3.7 billion per day.  The Fed is keeping interest rates low directing money into equities, forcing investors to take risk.  Many retirees are facing financial ruin as they become too frail to work and face the prospect of not having enough money to live on.

The United States lacks a manufacturing base, having exported it to China.  This makes the U.S. import-price dependent, which means that the US cannot hold down prices.  For all the talk of creating manufacturing jobs in America, the reality is that automation and technology are already replacing manufacturing jobs.  Even in today’s Wall Street Journal, they are creating a robotic chicken cutter that will replace the human labor of cutting up a chicken.

People are giving up looking for jobs, reducing the unemployment numbers.  In addition, some illegal immigrants did leave but the BLS does not compile that data.  In Arizona, the number of illegal Hispanics dropped from 460,000 in 2009 to 360,000 in 2012 largely as a result of Arizona’s SB1070 immigration law–according to LA Times, April 25.

Who is talking about corporate responsibility?

In America the propriety, ethics and legality of corporations gutting the middle class by lowering wages has not even been addressed by the mainstream political arena.  The mass media, controlled by large corporations, refuses to connect the dots and write about how corporations are destroying the middle class by shipping jobs overseas and destroying unions.  Congress is mute.  The top one percent of income earners in 2005 was at the highest level, 23.5 percent of all income, since 1928, when the top earners earned 23.9 percent.

Frank Barbera asked the question, “are we creating McJobs?—little economically unhealthy tidbits: as in temps, retail sales, health care assistance, leisure, hospitality and fast food jobs?”.  Wages are moving down.  At $10 an hour, or a $20,000 a year job, how can a family of four survive?

Expect Nothing from Congress until after elections

We have reached mid point to 2012.  Since this is an election year, you can expect nothing from Congress or the White House until after the election.  The final months of the year will be madness as many laws will automatically kick in unless Congress acts.

The word for the wise for June, get real, get tough and get out of denial.  For those of you who are able, move to where employment is better even out of the country into emerging market economies.  They are growing well.   For those who must remain trapped in their houses or low paying jobs, network, network, network.  It will be through friends and associates who will be of greatest help.  Keep your contacts moving.  Face to face is really good as people still want the interaction.  Think outside of the box.  Learn to eat healthier with less processed food that costs more.

We haven’t seen interests rate rise but give it time, perhaps another 12-18 months and they will start.  There will be a federal debt crises when they do. Our Federal debt currently stands around $18 trillion.

Keep your fry pans and pots ready for a march like our ancestors of the past.  Nothing will move Congress or the White House to act unless the citizens force them.  2012 is your “lull” year.  This lull will not last.  Only public pressure is likely to bring about an end to the gridlock.

Remember this is a temporary but tough period.  You cannot afford to be complacent.

4 responses to “What Awaits Us in June?”