People today are wondering what happened to that shining star of two years ago, President Obama?  Wasn’t he the one

what has happened to Obama ???

who said “yes, we can” and all that stuff?  Well, my friends, you are looking at a combination of factors.  Let’s take a look at some aspects of his birth chart that are driving this behavior.

3  Aspects of His Birth Chart

First of all, Obama’s life path is the number eleven.  This is the individual who is drawn to movements and organizations with idealistic aims.  That’s a good start, Former presidents Clinton and Reagan both were 11 life path people.  They all have that magical quality that can move an audience and inspire others to greatness.

They also have the quality that in pursuit of an ideal, “elevens are prone to overlook the delicate personal consideration and sensitivity.  When this occurs, they may alienate the very people they wish to inspire.” Lynn Buess, “Numerology for the New Age.”

Number two, the number eleven sees both sides of an issue, a person or a situation.  They can become indecisive, too compromising and too diplomatic.

Number three, Obama has very little of the “fire” energy in his chart.  You will not see table banging, arms waving or passionate speeches.  Instead you will see well thought out, deliberate and analytical type of talks.   He is a fire sign so that is helpful (a Leo) but the rest of his chart is pretty cool, cerebral with a dry humor.  He is sensitive but you may not know it because the cerebral gets in the way.

I really do believe him when he pushed for the health care bill no matter what.  He had his Mother in mind.  She died of cancer and she had to fight with the insurance companies herself while dying in the hospital.  He never would have gotten health care passed outside of the first two years in office and he knew it.  As you can see by the changes in Congress, he was correct in his assessment of passage.

An Identity Change in the making

Currently, he is going through an identity change that really took off in August.  This change will be completed in 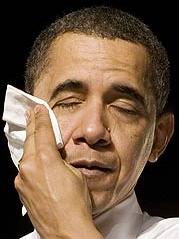 October of 2012 just in time for the election.  My guess is he will be forced through circumstances during this time period to take on qualities that appear more engaged and more decisive.  The fact that he has gotten rid of some of his advisers is a good thing.  He needs to make more changes.

2010 through 2011 is a very hard period for him.  He is in the 7th Soul Cycle of this lifetime.  The most important cycle.  He must change or be changed.  This occurs for each of us when we cross from 49 to age 50.  He began this cycle on August 4th of 2010 and completes August 4th 2011.    This is a really hard time for him and he has got to be taking an assessment of himself and what identity he needs to adopt.

Get Him to Hollywood!!!! (our celebrity in chief)

Whoever is working with him on communications and advising him on his presentation to the public needs a new job.  Will he get re-elected?  It all depends on who the Republican Party presents against him.

In the meantime, he needs to get “fired up” literally!  He could use a Hollywood manager.  It’s interesting that the recent basketball injury he sustained during the holidays was to the mouth/face.  Sometimes we have to get hit in the face to really “face it”.