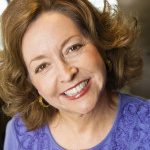 aged women but it hasn’t seemed to change–or has it?  You are experiencing the rise in her power every day and in almost every media feed.  The recent and continual exposure of unwanted sexual advancements by men both in and out of power will only get louder.

She is preparing for power and this is what it looks like as she learns how to use it and work with it.  Her preparatory years are 2004 through 2024.  Her power hits its stride in 2024 and increases in strength through 2044.  This is especially true of women who are now in their 30’s and will be in their 40’s and 50’s through this big time.  Women in their 60’s and 70’s will be included as they age into their performance.  All this media coverage of Harvey Weinstein and friends is new and relentless.  All women at some time in their life have experienced workplace harassment or general cultural marginalization.  It has been the invisibility of women for thousands of years.

Not any more.  As I have said, once we crossed over into the year 2000 and the feminine age of 1000 years in length, women would start their ascent.  The acute  launch of this period is 2024 and is dictated by the Jupiter period of the I Ching.  We will be leaving this strong, young male energy of the Ken period to enter into the strong female, middle-aged woman called the Li period.  Wonder woman in all her success on the screen is another sign of things to come.

The young male period that has been in preparation since 1984 and been dominate since 2004 is starting to fade.    This period has given us the young Turks of Silicon Valley with unicorn startups and lots of phone apps.  29 year old’s making millions.  It has brought the young, zealots of ISIS and the young video gamers.  It has brought us artisan beers and male bun hairdo’s, young coders and movies that trend young male with audiences that include the Marvel comic book series.  It has also brought us young male gangs both at home and abroad.

The cracks in the young male trend show in the diffusion of ISIS in the Middle East, the government investigating Google, Facebook, Twitter looking at how our social media has influenced all facets of our society.  There are less phone apps and investor angels are more cautious in what they are funding.  There is a stronger emphasis to help girls code and a more public shaming of companies with mainly all male workers.  There will be more law suits regarding equality in the workplace.

Another signal of the rise in the female power is the number of women preparing to run for public office.  They are learning how to run a campaign, raise funds and handle questions.  They will add more females in 2018 but the bigger year for the rise in very public female faces of power will be 2024.

I can’t help but think that once women have a bigger presence in the political process, we will have less military involvement.  Currently, our political and military cultures are masculine and a leftover of the last 1,000 years of the number 1 and a strong male energy.  At times the planet needs the male energy to build and strengthen but then it must learn to cooperate and come to peace with itself.  Enter in the year 2000.

This is not just a USA phenomena.  It is a world condition.  Those in power now are the last vestiges of a dying age and will exit the state once we have prepared the women for their roles in leadership.  You are watching it happen.