I receive quite a bit of information on the financial markets and the economic, geopolitical conditions around 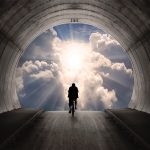 the world.  The data is quite profound and you would think we’re all on the road to perdition.  What you do learn is that the experts seem just as confused as the rest of us.  If you think you know what will happen 6 months to a year out, think again.  It appears as if everything is dying and evolving.  The trick is to enter the game on the evolving side.

The current Russian investigations will continue throughout Trump’s presidency and how much actually gets done is very much in question.  It is good theater and possibly his self-inflicted wound will sink his presidency but we need to keep the larger picture in mind.  (I know that some of you will contact me by my using the words “self-inflicted”.  It does seem, however, smarter that when you are digging a whole deeper, it is better to stop digging.)  Certainly, the current Washington antics demonstrate an order dying before our eyes and yet simultaneously preparing us for a different future.  At all times, like it or not, and most of us don’t like it, we are evolving and leaving behind the carcass of an old structure that needs sand blasting and renewal.

Energy in the universe spirals.  Look at the patterns in the heavens and look at your sink drain when water goes down it.  Everything here spirals.  We, too, are in a spiral as we leave the old Piscean order to move into this new Aquarian Age.  Something has to die off in this destruction called creation.  The challenge with this die off is will we hang on to the old structure and remnants of the Piscean Age, or will we start again in our continual evolution?  The signs are very clear with those who cling to the old and familiar, the righteous and the profane.  It is not easy to give up or lose something that we have been or depended upon.  Trust becomes a key ingredient to step into the unknown field of possibilities.

As we evolve, we will leave behind remnants of the Piscean Age. It is important to note that all is not gone when an Age is over.  Vestiges do remain.  An example of this is the Age of Aries and the rise of the Israelite religious order.  We have today a different version of the ancient Israelite religion, we have the modern (1,900 year old) Rabbinical order.  It continues to this day even though it is no longer the overriding religious order of the past.  The Piscean Age death will leave behind the religious orders as we have come to know them.  This means much of the ceremony, rules, laws and step down power of Christianity and its various forms will continue to diminish.  We began to see this change take place in the 1800’s as the advancing Aquarian Age brought in the Parliament of World Religions and the public fascination with ghosts, ancient ruins and new forms of art.  Certainly Judaism morphed into what we know of as Christianity.  As the world becomes more secular, people here in the United States will, as President Obama mentioned a few years ago, still cling to their religion and their guns.  This need to cling to the old order showed up in the 2016 presidential elections.  People voted to try and return to the wonder years of the US, the 1950’s and 60″s.  Alas, we cannot and will not go back.  The more we try to bring a return to the past, the more we will suffer.  The more we try to destroy the planet or human rights, the more we will suffer.

No matter how we try to cling to the old order, it will gradually slip away and leave us uncertain, fearful, exhausted and stressed.  It will feel like the world has become unhinged.

As we evolve and spiral into the Aquarian Age, the world will become more scientific and rational.  Science will continue to strip away what we used to call “the mysteries”.  Certainly superstition is one of these leave-behinds.  We are literally leaving behind society’s emotionally-based era to a rationality-based era.  This is one reason why we keep seeing the words “fake news”.  This, too, is a symptom of the past emotionally-based society to a more rationally based one.  Those who ignore the scientific evidence or insist on controlling through authoritarianism or a plutocracy form of government will lose in the long run.  Their very obvious need to destroy protections in the name of less regulations will backfire.

A very important motion picture of the coming future was the George Lucas revolutionary”Star Wars” series.  This remains a very Aquarian form of entertainment.  The focus was on obtaining independence and freedom from the “depersonalized systems of any sort, government, corporate, or technological control.”  Ray Grasse “Sign of the Times“.  The challenge going forward will be the growing mind-body disassociation brought about by technology.  The key will be the challenge of “distinguishing illusion from reality in a technology-saturated age.”  Hence we see “fake news” and internet “trolls”.   I highly recommend Grasse’s book.

Certainly the large drug trade, wars and drug usage in the United States is very Piscean and provides a release and escape of the pain of transition to a more detached Aquarian Age and the rise of the individual.  This is part of the transition of the evolving process.

What can you do to help yourself evolve through these times?  Definitely protect the environment.  We are posing a  danger to ourselves by our ecological carelessness.  Stop paying attention to Trump and the Russian investigation.  Stop paying attention to the talking heads and his tweets.  Do pay attention to the continual every-larger corporate mergers and the consolidation of economic power.  As we have less and less competition, we will suffer economically and financially.  Fewer hands of power.  Certainly global trade expands the power of multinational corporations.  Large agencies such as the World Trade Organization and the IMF expand their power.  Pay attention to the “dark money” that is controlling the elections and the political representatives.  A prime example is the recent bullying of Republican Senator Heller in Nevada who basically was told via media attack that if he didn’t vote yes for the current health care bill, the Republican group would give money to another Republican in the 2018 election.  This was all done by a private money group that has deep ties to the Koch brothers.

Yes, the old Piscean Age is dying and we are in the evolving spiral.  We can either slow the process down and maintain the top down male-dominated Piscean Age fear and group-think, or we can become involved in the evolution of the planetary system being acted out on planet earth.  Films are a great way-shower of our times and what is to come.  Certainly the “walking dead” and other zombie movies are a great example of the state of many of us.  Pay attention to the “Matrix” and other movies that teach us there are many dimensions of life.  Our small upsets of Trump’s tweets and Russian investigations are distractions.  They will take care of themselves.  Work on yourself and humanity’s ongoing evolvement.  We belong as a group and there is power in its recognition and in the knowledge that the Aquarian Age cannot be stopped.

Be prepared to get involved and that means giving of your time, energy and money.  We have begun to witness the rise of grass-roots attempts to monitor and slow the influence of these agencies and the potential injustices they can bring.