Piscean Age Winds Down – ABORTION POPES AND THE NUMBER 5

Here we are again with daily examples of the end of the Age of Pisces.  We are talking about the ending of an era that has lasted 2100 years.  The transition out of this period into the new Age of Aquarius will take another 50 + years.  The signs are all over the place as we watch symbols of this Age diminish in importance.  Remember, the Age of Pisces was all about the Age of Religion and a transcendence of the ego.  It was a continual surrender of personal interests in service of a higher ideal.  It was during this time period that man built cathedrals to try and reach higher to the Divine.  Man also was to learn guilt, sacrifice and punishment.  In order to relieve the guilt, sacrifice must be made and punishment delivered.  A strong example of this was the crucifixion.  Incidentally, recently Saudi Arabia pronounced the sentence of crucifixion for a crime.  It is being appealed.

Mankind was also to turn inward and  become contemplative, therefore, we have had monastic orders complying with this direction.  We have also had Islamic mosques with their domes and arches as examples of an inward directed life.  The statues of the day also began to include pupils in their eyes.  Prior to this period, ancient statues’ eyes had no pupils in them.  The message being the “ability to see” beyond.

In the early Christian church, there were five primary sees (seats of power of the Catholic Church), Rome, Constantinople, Antioch, Jerusalem and Alexandria, known as the Pentarchy.  Over time and circumstance, only one main “holy see” remains, Rome.  (Constantinople, now called Istanbul, remains as a minor see of the original five primary seats).  This is the last stand for Christianity–or the church founded by Christ through St. Peter.  The Roman “see” or Papacy was formed on the same structure as the Roman Army.  To this day, you still have the Vatican Army.  It’s structure was full of intrigue, power plays and military-like control of its army of priests, bishops and lay persons.  The Pope is considered the 5-Star General of the entire Roman Catholic army.

Over time, and numerous Islamic invasions, Jerusalem, Alexandria and Antioch were captured. The early church is filled with a history of battles, persecutions and other extreme power moves.  It wasn’t until 312AD when Emperor Constantine I established the rights of the church in 315 AD.  Basically, his army was filled with Christians so he gave credit to his army for his base of his power.  It pays to be on the right side.  Pagan cults were forced to disband for lack of funds as Constantine offered tax exemptions and other special legal status to Church property and personnel.  He also gave large gifts of land and money to the Church.  The cults previous work of helping the poor was taken over by the clergy.  In addition, the clergy began to copy the dress of the royal household, including the Pope (similar to the king).  Hence, today, you have men in black dresses or white dresses or purple gowns, red shoes, velvet caps and large kissable rings.  Its symbol was and remains the crucifixion.  All Roman Catholic leadership wears the cross and has been doing so throughout the entire age.

All ages come to an end–as did the prior Age of Aries, Age of Taurus and Age of Gemini (each lasting approximately 2100 to 2300 years.  You can see outward visible signs of the ending and the beginnings of the new Age of Aquarius.  Here are a few:

Visible Signs of the End

The recent self-imposed retirement of Pope Benedict, (the first time in 600 years) sets a precedence that a Pope can step down rather than wait for death to force him out.  The induction of Pope Francis (representing the Piscean sacrifice of St. Francis) will most likely follow in this direction of self-directed retirement.

American Catholics represent about only 6% of the world’s Catholics.  Of this population, approximately 89% of them believe in birth control.  The chances of an American Pope are slim to none.  The only places in the world that have any sizable Catholic population are Latin America and South America.  European Catholic population is low and going lower.  As the countries of Latin and South America begin to have larger middle classes and better economic conditions, the church will have less relevancy.  As these countries become more secular, the Church’s role will become “Catholic in name only”.  It is already taking place in Mexico where the birth rate has been greatly lowered to less than 2 births per female of child-bearing age.  Actually it is almost in line with the United States.  On top of that, there is a growing elder population in Mexico.  The population is aging and those able to bear children is greatly diminished.  Although 82% of the population considers itself Roman Catholic in faith, in practice it is becoming more secular as will the other Latin and South American nations.

The loss of the November election by Piscean Repulican Mitt Romney is another example of the ending of the Piscean Age.  Romney was a full blown Pisces with three planets in his birth chart and full of exclusionary Piscean qualities.  Strong Mormon faith, exclusionary to certain groups of society and a a top down heirarchy similar to the Catholic faith (without, of course, the dresses, rings and shoes) were characteristics of Romney (47% don’t work and just drain the other 53%).  The United States, being filled with Aquarian qualities in its birth chart, had moved past Romney.  If the GOP does not understand the Aquarian Age, it is doomed to defeat and frustration.

Abortion is the red herring in the room.  The GOP and the Catholic church keep making sure we remain focused on this issue.  A very small and vocal group of Americans remain a power force in this area.  While important issues like jobs, housing, wise food distribution and transparency of government are critical to the well being of the American people, the vocal minority continue to distract through the abortion issue.  It is very Piscean to focus on punishment, sin, sacrifice and top down power from God to the King or Pope to the people. 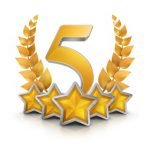 HUMANITY AND ITS 5 SENSES

is often depicted as man standing with legs apart with outstretched arms.  It forms the five-pointed star or the pentagram.  It sends out the subtle message of the five senses.  In the early Occidental and Eastern cultures it was believed that the soul did not enter the body prior to the fifth month.  Therefore, abortion prior to this time was not a sin.  The Catholic Church expressed this belief in the Doctrine of Passive Conception, which stated that the fetus was without a soul until the fifth month and could be destroyed without punishment”  It was not until 1869, “when Pope Pius X  announced that either God had ‘misinformed his church’ or that He had changed His mind, that the Church’s attitude toward abortion was reversed.”  “Numerology, Astrology & Dreams” by Dusty Bunker.

Here are a few more examples of the Piscean Age last hurrah:  Church sex scandals, wounds to the society such as drug addictions with strong punishment (very Piscean), increase of incarceration, private prisons as profit centers (punishment and imprisonment both strong Piscean qualities), sea levels rising, water shortages, dying fish populations (remember Pisces is a water sign and represented by fishermen, walking on water, turning water into wine, baptism by water.  How about oil spills and droughts.  All water issues of a negative quality.

The Piscean Age will continue to fade and the next 50+ years will be less and less about religion–world wide–less punishment and more prevention, rise in the middle class and the rise of the power of the Air sign Aquarius.  Water emphasis on sin, punishment, imprisonment and top-down power will fade across the world.