When he makes a mistake, he realizes it.

Having realized it, he admits it.

Having admitted it, he corrects it.

He considers those who point out his faults as his most benevolent teachers.  He thinks of his enemy as the shadow that he himself casts.”  Tao Te Ching 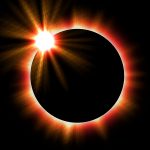 States.  This important solar eclipse wiped across most of the United States and the country exhibited “eclipse fever”.  It is an awesome sight and it reminds us all of the control nature has over us.  There is nothing we can do to slow or stop an eclipse.  Just as night follows day, the laws of the heavens guide us here on earth.

One of the interesting things about eclipses, especially a full solar eclipse, is the fall-out effect that follows this major event.  They consistently foretell of coming world events that will impact societies in a large way.  Much depends on the heavenly structure at the time of the eclipse.  This recent eclipse fell directly on the United States and the greatest impact of the lasting effects will also fall on the United States.

Apart from the hoopla or  list of dubious sensory and physical effects we might experience from the eclipse (I have received many emails touting everything from out-of-body experiences to chakra alignments), there are pretty regular concrete  effects that linger after the event.  I thought you might like to look at them from an historical perspective.  Remember eclipses set up a situation and that situation will be playing out over time, usually within a year but it can be longer.

Here are a few for you to wonder about August 21, 1933 eclipse, the great depression;  February 4, 1962 the Cuban crisis, June 20, 1974 Nixon resigns, July 20, 1963, Kennedy assassination, February 4, 1981 Reagan was shot, August 22, 1998 Clinton was impeached.  You get the picture.  The eclipse announces or warns of upcoming major events that will affect the area of life that was in alignment at the time of the eclipse.  Remember first comes the eclipse and then the event, usually within a year’s time.

Now Trump delivered a speech on the day of the eclipse recommending a more aggressive response to Afghanistan.  He also delivered the speech during a Mercury Retrograde.  Both of these heavenly events will in some way impede his wishes as well as set up a situation that will be negative.  This eclipse is connected to international affairs so it remains to be seen what this event and with whom it will take place.  Regarding Afghanistan and Pakistan, the policy will not work–at least in the way they had hoped.  Since the eclipse fell almost on an exact degree of Trump’s birth chart, this does not bode well for him as well.

On a more favorable note, the major eclipse in 2024 will coincide with very favorable transits for the world.  It will begin a new phase of our history.  I’ll be writing about that as we get closer to 2020.

In the meantime, we will do what the doctor tells us.  It is called watchful waiting.

Tagged: Aftermath of the solar eclipse, Eclispse and world events, What eclipse means for the US
4 Comments